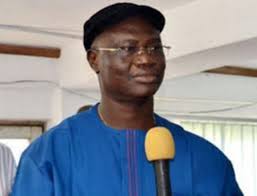 Maritime Workers Union of Nigeria, MWUN, has applauded the Federal Ministry of Transport for supervising the payment of the severance package of tally clerks and on-board ship gangway security men who were disengaged from service in 2015.

President-General of MWUN, Mr. Adewale Adeyanju, stated that the payment initiated by the Nigeria Ports Authority, NPA was directly supervised by the Minister of State for Transportation, Gbemisola Saraki.

Adeyanju noted that the payment would have been impossible, but for the intervention of the President, Nigeria Labour Congress, NLC, Comrade Ayuba Wabba, who supported the union in the battle resolved by the Ministry of Labour and Employment.

He stated that the payment was the first achieved by the union without any violence.

According to him, “We wish to inform the public that, at long last, severance package has been paid to all the tally clerks and on-board ship gangway security men”

Adeyanju said, “It is a plus to the union because it is something that the workers never bargained for. Though some believed they were supposed to be paid more, but these are casual workers whose conditions of service were not negotiated.

“We have improved on this, from now on, if any of the workers is going, they would no longer be paid peanuts. It will have to be according to the standard and collective bargaining negotiated in the industry”