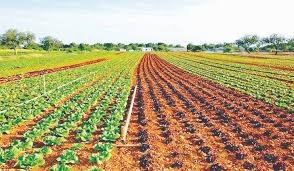 National Union of Agriculture and Allied Employees, NUAAE in Cross River state, has discredited the allegations that in Biase Plantation and EYOP industries Limited, have no trade union presence, therefore workers were being denied of their basic rights to associate and to bargain collectively.

NUAAE chairman in Cross River state, Mr. Otei Godwin, stated that the allegations against the two companies, which were recently reported in the media, are unsubstantiated false and malicious, therefore should be disregarded by members of the public.

I a statement by Cross River NUAAE chairman, Otei Godwin, “NUAAE have been the registered trade union in these two companies since 2013, despite the false allegations that these companies have no trade union presence”

He recalled that both PZ Wilmar and EYOP had their first negotiated condition of service agreements with the union in 2015, adding that in 2018, the service agreement was reviewed and finalized in 2019.

Godwin stated that the terms of the condition of service fully comply with labour act, which includes provisions for annual leave, maternity leave and ensuring that the general welfare of workers is taken care of.

On the allegation that 50 pregnant women had died while working for PZ Wilmar in Biase Plantation and EYOP industries limited since 2012, the chairman of the union also deflated the claim, saying it was false.

According to him, “There have been no recorded deaths of any pregnant woman in both companies, contrary to the unfounded allegations that 50 pregnant workers dying in these two estates as well as workers not being permitted to go on annual leave or maternity leave”

“We would like to commend the management of these two companies for implementing the agreed-upon condition of service as well as the new national minimum wage act, therefore resulting in robust working environments for workers.

“Both companies can be rest assured that NUAAE, and the workers we represent will continue to have trust and faith in them while looking forward to continuing our harmonious working relationship”

In a similar development, the Cross River House of Assembly has also debunked reports that the two companies are under investigation by the house.

“Our attention has been drawn to media reports claiming that PZ Wilmar and its subsidiary, Biase Plantations Limited, are under an investigation by the Assembly Committee on Agriculture following petitions filed by the host communities.

“The House of Assembly wishes to state that it is not in receipt of any official correspondence from the host communities on the said matter, therefore, such publication is unsubstantiated, misleading and defamatory,” Jonah-Williams said.

“The company, PZ Wilmar and its subsidiaries, Biase Plantations Limited and Eyop Industries Limited are fully operating within the state extant laws in the discharge of its duties as major processor and merchandiser of palm and lauric oils” it said.