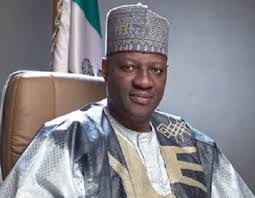 Organised labour under the aegis of Joint Kwara Labour Congress, KJLC has said that its meeting with the state government on the new minimum wage has hit brick walls; accordingly, the congress has given the state Governor Abdulrahman Abdulrazaq a 14-day ultimatum, effective from 31st of January this year to intervene.

Organised labour also enjoined its members to observe three days fasting and prayers between 5th and 7th February, for their demands on the minimum wage to be met.

The state government had in a radio programme told the Kwarans that the joint negotiating committee had concluded on the table for the minimum wage.

In a communiqué jointly signed by Chairmen of the Nigeria Labour Congress, NLC, Trade Union Congress, TUC and Joint Negotiation Committee, JNC, Aliyu Issa Ore, Kolawole Olumoh and Saliu Suleiman said that “the movement in Kwara state wishes to debunk the submission of the Commissioner of Finance that the committee has concluded on the table for the new minimum wage.

“The labour representatives at the committee rejected the table presented by the government in totality and wish to inform the workers that its meeting ended in deadlock.

“In view of the above therefore, the labour movement should not be held responsible for any industrial action that may be deployed to press home our legitimate demands.”

The communiqué added that “the entire workers in the state appreciated the unity/doggedness and resoluteness of the labour leaders and promised their full support to achieve our set goals.”