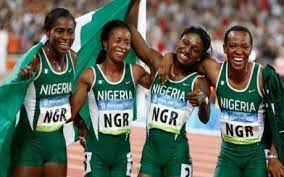 The Federal Government has appointed an ex-International and Chairman of the Edo State Sports Commission, Yusuf Ali as the Coordinator of Team Nigeria to the 2022 Commonwealth Games in Birmingham, United Kingdom, scheduled to hold from July 28 to August 8, 2022.

Ali’s appointment was announced by the Minister of Youth and Sports Development, Mr. Sunday Dare on Friday in his office at the Moshood Abiola National Stadium, Abuja.

According to him, the choice of  Ali is borne out of his competence and knowledge of the game of sports in the past, noting that the Commonwealth gold medalist, with an unbroken record of 8.39m leap will work in collaboration with the Ministry, the Federations and the athletes so as to ensure the victory of Team Nigeria in the games.

Dare, who stated that the Commonwealth Games is giving Nigeria another opportunity to rewrite the experience of the Olympic Games, added that the Ministry has put everything in place within the limited resource to make sure that the athletes make the country proud at the games.

The Minister in a statement signed by the Director (Press & Public Relations), Mohammed Manga, stated further that Team Nigeria will be participating in 9 sports having dropped from 21 games due to funding and time constraints.

“I urge you to take cognizance of the time constraints and quickly draw up your plan noting that athletes that fail to comply with laid down rules will be denied the ticket to the forthcoming Commonwealth games”, the Minister said.

Earlier, the Permanent Secretary of the Ministry of Youth and Sports Development, Alhaji Ismaila Abubakar described the choice of Yusuf Ali as timely and well deserved due to his pedigree as a sports administrator, who will bring his wealth of experience to bear in ensuring that the objective is achieved.

The Permanent Secretary, who urged the Team Nigeria Coordinator not to disappoint the nation, added, ‘’our hope is that the confidence reposed in you will not be taken for granted, and that you will instill discipline in the team so that our athletes can be good ambassadors of the nation throughout the duration of the games”.

Responding, the two consecutive Olympic Games Captain, Yusuf Ali assured that he will work with all the Federations for the  successful outing at the games.

He commended the Minister and President Muhammadu Buhari administration in particular for the opportunity granted  him to serve in this capacity, adding that he will bring his wealth of experience

to bear and ensure that Nigeria’s gold medals surpass the last games in 2018.