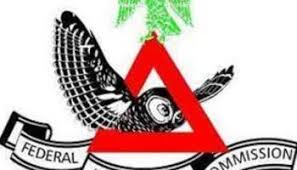 The Corps Marshal, Federal Road Safety Corps, FRSC, Dr Boboye Oyeyemi, has expressed satisfaction with the general conduct, commitment and professionalism of the personnel of the Corps as manifested during the ongoing yuletide special patrol.

He also commended the cooperation of the road users, saying that the excellent performances and positive impact recorded by the Corps is directly tied to the high rate of compliance received from the motoring public.

In the press release signed by the Corps Public Education Officer, Bisi Kazeem, Oyeyemi gave the commendation after receiving briefs from supervisory Officers deployed from the National Headquarters to monitor the special operations nationwide.

“The Corps Marshal used the medium to review the entire processes and activities of the Corps and urged the staff not to rest on their oars. While conceding that there were some setbacks in the special patrol exercise, the Corps Marshal expressed satisfaction with the general conduct of the staff and output across the country” he said.

While urging the Staff to rededicate themselves for greater performance, the Corps Marshal recalled that noticeable number of the motoring public were seen violating traffic rules.

He therefore warned those involved to desist from such unsafe behaviours by complying with all safety precautions, as the road does not forgive.

The Corps Marshal while given an overview of the global road safety campaign under the auspices of the UN Decade of Action For Road Safety: 2011-2020, saying that the campaign would end at the end of this year and would transit to another decade of campaign from 2020-2030.

,He called on the staff to prepare well for the tasks ahead pointing out that the Corps has done very well in the pillars of the ongoing campaign.

He applauded President Muhammadu Buhari GCFR, and the National Executive Council for approving the reviewed Nigeria Road Safety Strategy NRSS for the Decade of Action road map. The document will facilitate the entrenchment of safer roads, safer road users, safer vehicles, enhanced post crash care among others. The NRSS according to him, is an important, noble and timely intervention which supports the process of entrenching the culture of safe use of Nigerian roads.

To ensure speedy but thorough implementation of the document, the Corps Marshal urged staff of the Corps to brace up with the challenges that lay ahead, noting that extra effort and dedication is key to the realisation of the Corps mandate.

Oyeyemi further called on them to take issues of their health seriously by embarking on regular physical fitness exercise and visiting hospital for necessary checkups to detect ailments that could undermine their health status on time, because it only takes a healthy workforce to guarantee safety on the roads. He called on every staff to identify with the progress of the Corps by thinking outside the box and coming up with useful ideas.

While beckoning on all transport operators to comply with every COVID-19 protocol, he concluded that so far so good, the Corps has not received any negative report on the conduct of its personnel during this period, as such, the commendation given to the entire workforce is well deserving.