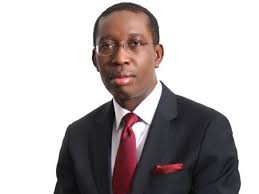 By Gabriel Aams/:
The Delta State Government has approved more than N40 billion for the construction of 14 major road projects, bridges, flyovers and flood drainage channels in the state.

Delta State Commissioner for Works, Mr. James Augoye, disclosed yesterday at a joint media briefing he shared with the Commissioner of Information, Mr. Charles Aniagwu, saying that the projects are more than 136 kilmetre.

Augoye said that the approval of the projects was part of the resolutions reached at the State Executive Council (SEC) meeting that was presided over by Governor Ifeanyi Okowa.

He assured that the projects would be completed next year in line with the state government’s Stronger Delta mantra and Okowa’s administration’s development programme.

The major road projects that were approved by the SEC, according to him, include the construction of the 11.8 kilometre Stadium Road, Ugborodo in Warri South-West Local Government at the cost of N2.1 billion.

The council also approved the construction of the 6.7 kilometre Otefe-Oghara Road in Ethiope West Local Government Area at a cost of N1.01 billion.

“A flyover bridge was also approved for Ibusa/Koka Junction Asaba on the Benin-Asaba-Onitsha Expressway at a cost of N6.2 billion while the major road, drainage and seven lanes in the Madonna College area, also in the state capital, will be constructed at the cost of N1.8 billion,” he said.

On his part, Aniagwu said that government also approved the sum of N1.79 billion for 2020/2021 session jobs creation cycle.

According to him, the fund would cover the recruitment, training and procurement of starters’ packs to complement government efforts in scaling down unemployment in the state.

Aniagwu said: “The job creation cycle is an inter-ministerial and agencies approach aside the indirect jobs being created by government through various projects being executed by this administration.

“Accordingly, the council also approved the sum of N2.3 billion for the upgrade of the clinical building at the Delta State University Teaching Hospital, DELSUTH, Oghara.”

The fund would cover for recruitment, training and procurement of starters’ packs to complement government efforts in scaling down unemployment in the state, he explained.

“The jobs creation is an inter-ministerial and agencies approach aside the direct indirect jobs being created by government,” said the commissioner of information.