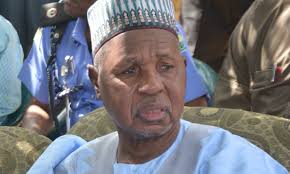 Governor Aminu Bello Masari of Katsina State, has disclosed that the Government Science Secondary School students, Kankara abducted by armed bandits in the state last week had been located in a forest in Zamfara.

Armed bandits had on Friday abducted an unspecified number of students at the Government Science Secondary School, Kankara, Katsina State.

The Governor, who made the disclosure in a chat with the Hausa Service of the British Broadcasting Corporation, BBC, on Wednesday however, dismissed the claim that the students were abducted by Boko Haram insurgents.

He said the state government was informed by security agents on Wednesday that the students are in Zamfara state.

Masari said: “They are in Zamfara forests, we have received the information.”

He also disclosed that the government was negotiating with the kidnappers to ensure the release of the abducted students.

“We are negotiating with those that have abducted the students and we want to ensure that we secure their release,” Masari said.

However, some of the students reportedly escaped from the bandits while the rest were taken to an unknown destination by the criminals.