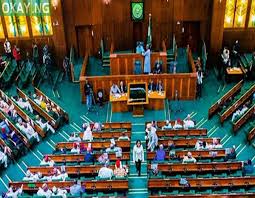 The House of Representatives on Wednesday rejected a bill which proposed 70 years as age limit for any individual vying for the office of the president.

The bill also proposed 65 years as the age limit for all persons targeting seats in the National Assembly.

The bill which was sponsored by a member of the House representing Aboh Mbaise/Ngor Okpala federal constituency, Bede Eke, was rejected outrightly by the lawmakers.

Bede said the bill was an extension of the Not-Too-Young-To-Run bill.

He said: “We had some challenges recently with the #EndSARS protests, and we are aware of their demands. Our youths will celebrate this House if we should pass this bill.

“You cannot talk about Not Too Young To Run when people are occupying the places.”

In his remark, the Minority Leader, Ndudi Elumelu, said the bill was discriminatory and inconsistent with section 42 of the 1999 Constitution.