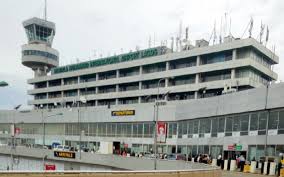 The Federal Government has commenced the procurement process for the concession of Nigeria’s four major airports despite oppositions against the move by aviation workers.

It was learnt on Saturday that moves by government for the concession of the Lagos, Abuja, Port Harcourt and Kano airports were ongoing, as engagements with relevant stakeholders were being done by officials of the Federal Ministry of Aviation.

This came as our correspondent also gathered that the government had not taken any decision on the possible conversion of Arik Air or Aero Contractors to be used as the proposed national carrier.

Recently, there were claims that the government might have perfected plans to convert one of the airlines to the proposed national carrier, as the livery of an aircraft belonging to Arik Air was rebranded to depict a carrier owned by Nigeria.

Both Arik and Aero have been taken over by the Asset Management Corporation of Nigeria over issues pertaining to the huge indebtedness of the carriers to financial institutions.

Providing updates on airport concession, as well as reacting to oppositions against the move, the Director, Public Affairs, Federal Ministry of Aviation, James Odaudu, said government had advanced to the procurement stage.

He said, “Government is on course and I know there have been oppositions here and there. But government will continue to engage the necessary stakeholders, especially the workers who have been expressing apprehension about the concession.”

On whether any investor had been named or picked to invest in any of the airports, Odaudu said, “No investor has been named because we are just entering the procurement stage where adverts for investors would be placed. We can’t name an investor without an advertisement and without a competitive bidding process.”

When told that some workers at the affected airports were of the view that the National Assembly was also against the concession moves, the aviation ministry official said, “The National Assembly did not oppose it, rather it was when the minister was unable to appear before them to address issues relating to the concession that the House of Representatives stated that all matters regarding the issue be suspended.”

Odaudu faulted the claim that government intends converting Arik to serve the purpose.

Original investors of Arik recently told journalists in Abuja that the takeover of the airline by AMCON had stalled investments in the carrier by foreign partners.

But AMCON, through its spokesperson, Jude Nwauzor, told our correspondent that the airline would have collapsed following its about N300bn debt to banks if the corporation had not intervened.