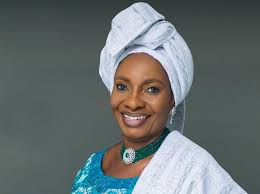 The Minister for Women Affairs, Mrs Pauline Tallen has reiterated the need to include and increase women participation in governance and politics at all levels of the nation.

The minister raised the issue of female participation in governance at the Triennial Delegate Conference of the National Association of Women Journalists in Nigeria held in Minna, Niger State.

The minister said she would be happy to see women emerge, Vice Presidents, as well as holding other key positions in the next general elections in the country.

She also decried the high rate of gender-based violence across the country and described the challenge as an epidemic.

Speaking through a veteran broadcaster Moji Makonjola, Tellen urged women Journalists in Nigeria to rise to the occasion to change the ugly trend.

Also, Niger State Governor Abubakar Sani Bello called on the leadership of NAWOJ to imbibe the virtues of honesty and renewed commitment in actualising their dreams, as the only way to attaining their right places in contemporary Nigeria.

Bello, who was represented by his Deputy Ahmed Mohammed Ketso called on the incoming Exco of NAWOJ to redouble efforts in fighting for the rights and privileges of its members irrespective of religious or cultural affiliations.

Similarly, the National Chairman of NUJ Comrade Chris Isiguzo commended the maturity exhibited by delegates to Niger 2020, while promising to continue his support and assistance to NAWOJ to enable it succeed at all times.

Emir of Minna, Alh Umar Faruk Bahago, represented by the Tambarin Minna Mohd She in his goodwill message begged Women Journalists across the nation to use the power of their pen to impress on the Federal Government to commence rehabilitation of bad roads in Niger State.

NAWOJ Chairperson Niger State chapter Mrs Mary Noel Berje in her speech thanked all those that contributed to the success of the tenth Triennial Delegate Conference while urging delegates to maintain the tempo.

They were recognized for running a gender-friendly government and including women in their cabinets.