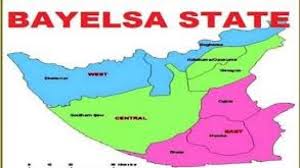 In efforts to boost the Internal Generated Revenue, IGR, as well as create more jobs, Government of Bayelsa State is set to tap into its rich tourism endowment to boost revenue across the state.

The state’s Commissioner for Culture and Tourism, Dr. Iti Orugbani, stated this on Friday, during an inspection tour to Ministries, Departments and Agencies, MDAs, and Tourism facilities under his ministry.

Orugbani said the move has become necessary, as it would help reverse the status of Bayelsa, listed as one of the five insolvent states.

He noted that tourism could boost the IGR of the state as well as create job opportunities, and has the potential to be one of the key pillars on which the economic revival of the state could be anchored on.

According to him, government is ready to revamp infrastructure in the tourism sub-sector across the state and restore moribund hospitality facilities through the implementation of a strategic tourism development plan.

The commissioner said the plan would rejuvenate cultural heritage, arts and tourism to enable the sector reach its full potential and play a significant role in the socio-cultural and economic development plan of the state.

He further noted that Bayelsa government is prepared to reposition the sector by supporting and making the appropriate strategic involvement to achieve expected results and bring national and international tourists to the state.

He said the tourism industry was capable of totally changing the image and negative perception of Bayelsa from a state thought to be unsafe, hostile and dependent to an exceptionally safe, peaceful and prosperous destination.

He explained that the tourism sector was on a rising trajectory and prospects for more growth in the future are very positive, as such, the ministry was exploring strategies to grow the sector to its full potential to complement other revenue sources of the state.

“The government will also promote cultural festivals and events across the state,” he said, adding that the ministry would seek public-private sector collaboration and partnership to fast-track development of the industry.

At the two Star Hotel, at Swali, Orugbani expressed shock at the monumental waste, describing the burglary, stealing and vandalism of the construction materials, essential equipment, fittings and fixtures as a great loss to the state.

He called for a thorough investigation with a view to bringing the perpetrators to book.

He, however, said the present administration would seek ways of completing the project, while assuring that appropriate security measures were put in place to man the area to forestall further theft at the site.

The commissioner said that government would improve the infrastructure at the Oxbow Lake, complete the construction of the lake’s water park for children, and encourage private sector participation in the development of all recreation centers in the state.

He assured of government’s support to the International Institute of Hospitality, the State Council for Arts and Culture to function and perform optimally.

The Commissioner also said that Peace Park would be remodeled to accommodate the new plans for the facility.

Places visited by the commissioner, accompanied by Permanent Secretaries and HoDs include; the Council of Arts and Culture, Creek Motel, Oxbow Lake, International Institute of Tourism and Hospitality, Two Star Hotel, State Heritage Monument and Museums, the Peace Park, among others.