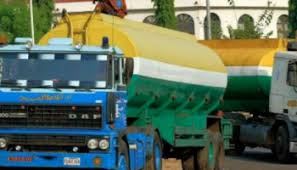 The union said the issues have severely caused pains and harrowing experiences on the hapless drivers in the state for several months, despite complaints to appropriate authorities.

President of NUPENG, Williams Akporeha, in a statement yesterday, noted that despite several complaints to the Lagos State Government, the situation continue to worsen, endangering the lives of its members.

The union said due to lack of decisive and convincing actions from state government to address their concerns and plights, they would on Monday embark on indefinite strike until their challenges are addressed.

While expressing disappointment over the bad state of roads leading to the nations seaports, where billions of naira are raked into government coffers on daily basis, Akporeha noted: “We cannot afford to fold our arms while our members are being consistently and continually extorted, intimidated, harassed and victimised by different groups and segments in Lagos.

“It is really disturbing and inexplicable that security agents, who are expected to ensure free-flow of traffic and protection of road users, now use their uniforms and arms to intimidate, harass and extort money from our members.

“This reprehensible conduct is taking serious tolls on the psychological, emotional and financial state of the drivers and their capacity to effectively and efficiently deliver services to the nation.” he said.

He alleged that collusion of government officials and menace of containerised trucks at Apapa, Kirikiri and Beach Land axis of the state are hindering petroleum tankers from loading at depots and tank farms, saying persistent traffic gridlock and indiscriminate parking of containerised trucks on major Lagos roads and bridges leading to Apapa Port, Kirikiri, Beach Land, Satellite Town and Ijegun are another major setbacks bedeviling the smooth running of the operations of drivers in the state.

The NUPENG boss alleged harassment and extortion by hoodlums on daily basis, including vandalisation of their trucks in some instances, especially when some of them show resistance in paying them illegal fees and levies.