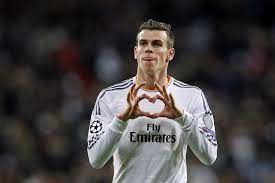 Tottenham are reportedly looking to bring Gareth Bale back to the club on a loan deal.

As per Football Insider, the deal would see Real Madrid pay a significant portion of Bale’s wages.

The player has fallen out of favour at the club and he is no longer in Zidane’s first-team plans. A move back to Spurs, even on a loan deal, would be ideal for all parties.

Bale needs to play in order to regain his form and sharpness and Real Madrid can get a certain percentage of his wages off their books. Also, Spurs need a game-changer in their side and Gareth Bale could be that option.

If Bale manages to regain his form, he could be one of the best players in the league. Spurs need that kind of quality to bridge the gap with the likes of City and Liverpool next year.

It will be interesting to see if they succeed with their ambitious move to bring the 83-cap Welsh international back to the club.

Bale is one of the best players Tottenham have had in the last few decades and the winger might be keen on a return if a good offer comes along. He did not win any trophies with Spurs before leaving the club and he could look to take care of unfinished business this time.