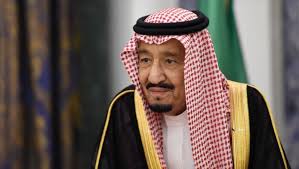 Idealposts
King Salman bin Abdulaziz of Saudi Arabia has been admitted at King Faisal Specialists Hospital in Riyadh for medical checks.
State News Agency, SPA has reported that the king was hospitalised due to an inflammation in the gall bladder.
SPA said it was quoting a statement from the Royal Court.
The 84 year-old king was crowned in 2015, becoming also the Custodian of the Two Holy Mosques.
He was the deputy governor of Riyadh and later the governor of Riyadh for 48 years from 1963 to 2011.
Crown Prince Salman has been running the Kingdom for some years now.