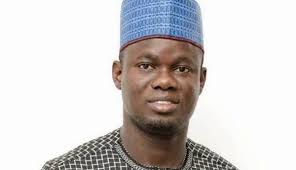 Idealposts
Osun state Commissioner for Youths and Sports, Yemi Lawal, has said that the state government was investigating the ownership of the supposedly state-owned football club, Osun United.
Lawal, disclosed this on Sunday in Osogbo, during question and answer session with sport lovers and newsmen.
The Commissioner stated that the whole sports set-up in the state would equally undergo restructuring for effective management by the state government.
He asserted that the ownership of Osun United has come into contention, saying that the available records show that it was registered with the Corporate Affairs Commission, CAC by four individuals and not the state government.
Lawal said the record of registration of the club showed that the four individuals registered the club in the tune of five million Naira shares.
According to him, “Two of them are having N1.5 million shares each, while the other two shareholders have one million Naira each.’’
He said one Baderinwa, Lawal Abiola and one Gboyega were names he could remember as registered owners of the club.
“The claim that the administration of a former governor of Osun, Bisi Akande, sold the club is also being investigated to know if it was truly sold at any time and to whom or those it was sold,’’ the commissioner said.
Lawal said a clarification would also be provided as to whether the defunct Prime FC of Osogbo was the same club that metamorphosed into the current Osun United FC.
The commissioner however said there would be clarification on whether the present Osun United was different from the one registered and owned by the four identified individuals.
He disclosed that a sports restructuring committee had been set up by the state government.
Lawal said the investigation’s outcome and reports, as well as the committee’s findings, would be out in the next six to eight weeks to enable the state government to make its decision.
“There is so much wrong with Osun sports and I believe we, as a government, have the responsibility to take the bull by the horns and look at the issues and get them resolved.
“What is important is to show the right leadership and tackle all issues and ensure things are done the right way.
“We don’t have processes and we have to deviate from the era where we do things based on sentiments. Everything must be done on merit,” he said.
The commissioner further explained why the salaries of players and officials of Osun United and Osun Babes suspended.
“It was based on the petition written to the governor to investigate the hiring of 31 contract coaches.
“The matter had been on since February, before the decision to stop their salaries was taken by the state governor,’’ he said.
Lawal added that the sports restructuring committee was set up to holistically look at the issues and anomalies in the system.
“So, it will recommend the next line of action to take concerning the salary suspension.’’
He, however, promised that as soon as the investigation was completed, those found to be behind the anomalies in the sports system would be brought to book.
The commissioner also assured that those found to be innocent would be reinstated into the state’s sports system.