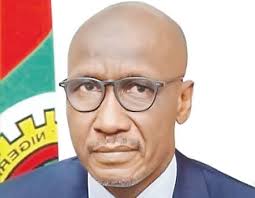 Its monthly financial and operational report for November 2019 said the combined value output by the refineries (at Import Parity Price) for the month amounted to N0.04 billion, with NNPC saying that “it has been adopting a Merchant Plant Refineries Business Model since January 2017.

The model takes cognizance of the Products Worth and Crude Costs. The combined value of output by the three refineries (at Import Parity Price) for last November amounted to N0.04billion.

“No associated crude plus freight cost for the three refineries since there was no production while operational expenses amounted to N12.56 billion. This resulted in an operating deficit of N12.52 billion by the refineries,” NNPC said.

In the month under review, according to the report, the three refineries processed no crude and produced -5031 MT of finished products; comprising -3052 MT and -1979 MT utilised by WRPC and PHRC.

The NNPC said: “Combined yield efficiency was zero per cent owing largely to on-going rehabilitation works in the refineries.”

On petroleum product supply and distribution, which is via Petroleum Product Supply from Direct sales Direct Purchase, DSDP, the corporation said in November 2019, 1,792.91 million litres of PMS were supplied to the country through the DSDP arrangement as against the 1,623.96 million litres of PMS supplied last October.