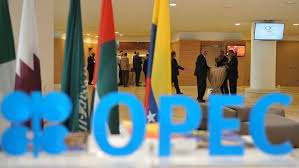 OPEC ministers are expected to approve on Thursday the outlines of a deal for a significant cut in oil production to shore up prices hammered by the coronavirus outbreak but they are still waiting for Russia to indicate whether it will back such a move.

Saudi Arabia wants OPEC and its allies, including Russia, to cut 1 million to 1.5 million barrels per day, bpd for the second quarter and to keep existing cuts of 2.1 million bpd, which expire this month, in place until the end of 2020.

But Riyadh, the biggest producer in the Organization of the Petroleum Exporting Countries, and other members of the group have yet to win Russian support for such a deal. So far, Moscow has indicated it would back an extension but not a deeper cut.

Saudi Energy Minister Prince Abdulaziz bin Salman, who met his Russian counterpart Alexander Novak in Vienna on Wednesday, has kept the market guessing about progress in the negotiations.

Asked about prospects for a pact, the Saudi minister told reporters: “We will have to see today and tomorrow.”

Moscow, which has cooperated on output policy since 2016 in an informal group known as OPEC+, has in the past shown reluctance during negotiations but has signed up at the last minute.

OPEC sources have signalled that preliminary talks with Russia this week in Vienna have been trickier than before.

The slide in oil prices to about $51 a barrel has made it tough for OPEC states to balance their budgets, while Moscow has said it can cope with current prices.

Two OPEC sources said they anticipated that Thursday’s meeting in Vienna of OPEC ministers would go smoothly, with an agreement on a big cut, possibly above 1 million bpd, although a third source said allocating quotas could be tough.

But such a big reduction will hinge on Moscow.

SURPRISING ON THE UPSIDE
If OPEC+ was to decide to remove an extra 1.5 million bpd from the market, it would bring the group’s overall output reduction to 3.6 million bpd or about 3.6% of global supplies.

Russia’s energy minister returned to Moscow for consultations on Wednesday but will be back in Vienna on Friday for the broader OPEC+ meeting. Novak made no public statements during his trip this week to Vienna.

“Our expectation is that OPEC+ will deliver a credible and coherent strategy that will take more barrels that what’s priced into the market off the table,” said Ehsan Khoman from Mitsubishi UFG, adding that stimulus by governments and central banks around the world would help reassure markets.

OPEC sources had said earlier this month that Saudi Arabia might push through cuts even without Russia on board. But sources on Wednesday indicated growing frustration with Russia, saying Riyadh – already cutting far more than its quota demands – did not want to shoulder an even bigger burden without Moscow.

Oil demand has been hit hard by the coronavirus outbreak. Original forecasts for growth in crude demand in 2020 have been slashed, as factory operations, travel and other economic activities around the world have been curtailed by measures aiming to stop the virus spreading.