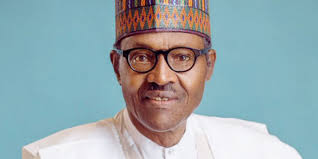 For effective and efficient rail transport, commuters on the Lagos-Ogun Mass Transit Train Services, MTTS, have called on the Federal Government to replace the locomotive engines and coaches on the narrow gauge to enhance services.

The commuters, while speaking with journalists onboard to monitor the MTTS operation on Wednesday evening, said that the train service needed an upgrade and improvement.

According to the commuters, we suffered a lot to move around between September 2019, when the Nigerian Railway Corporation, NRC shut down its operation and Jan. 23, 2020, when the operations were resumed.

Speaking at Ebute-Metta Junction Railway Station before boarding, Mr. Matthew Omoniyi, a Stockbroker, said that train services on a narrow-gauge line returned with some efficiency but with old engines and coaches.

Omoniyi, an Ijoko-bound commuter, who commended the Federal Government’s efforts on Lagos-Ibadan Standard Gauge rail line, said that the narrow gauge line should be made befitting and comfortable.

“Service has improved but unfortunately we cannot call this kind of locomotives and coaches on the narrow gauge the state-of-the-art, they must be changed.

“The government is still using the old coaches and old engines that are not functioning well. Occasionally, the engines break down in the middle of the journey and passengers are stranded.

“It is better the government either maintains them or scrap them and bring in new engines because the narrow gauge is what the masses need. For instance, these engines cannot pull more than the 12 or 14 coaches.

“If the engines can pull up to 25 coaches and those coaches are available, most of the challenges of overcrowding and sitting on the rooftop of a moving train will end.