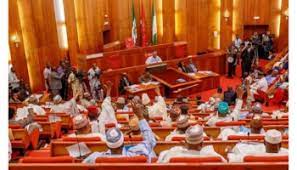 Senate has confirmed the nomination of Hon. Justice Husseini Baba Yusuf as the Chief Judge of the High Court of the Federal Capital Territory, FCT.

Justice Yusuf’s confirmation followed the consideration of a report by the Committee on Judiciary, Human Rights and Legal Matters, chaired by Senator Opeyemi Bamidele (APC Ekiti Central) during yesterday’s plenary.

In his presentation of the report, Senator Bamidele said that his nomination satisfies the requirements of the 1999 Constitution as amended; and the Senate Standing Orders, 2015, as amended.

The lawmaker stated that the nominee has a wide range of experience, comportment, exposure and possesses the requisite leadership qualities of a judicial officer to effectively superintend over a court of such magnitude and complexity.

He recalled Justice Yusuf was appointed as the Acting Chief Judge of the Court on August 1, 2021; a position he held until his appointment by President Muhammadu Buhari.

The chairman disclosed that there was no petition or adverse report against the nominee, adding that, “record checks and other forms of investigations carried out by security agencies, did not reveal any negative trace against him.”