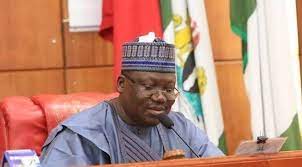 Barring any unforeseen circumstances, the long awaited Petroleum Industry Bill, PIB would be considered by the Senate tomorrow, Thursday, July 1.

The Senate President, Dr. Ahmad Lawan, dropped the hint after the report of the Joint Committee on Petroleum (Downstream); Petroleum (Upstream) and Gas Resources on the bill was laid Tuesday on the floor of the upper legislative chamber.

The report was laid during plenary by the chairman of the joint committee, Senator Sabo Mohammed (APC Jigawa South West).

Lawan, therefore, mandated the joint committee to provide lawmakers with copies of the bill ahead of its consideration to enable them study its content.

He said: “Let me use the opportunity to thank our joint committee for working so hard, selflessly and patriotically to produce the report on the Petroleum Industry Bill.

“This report, a copy each, must be made available to each and every senator today, this afternoon.

“I don’t know how the committee would arrange it, but every senator must have a copy today.

“(And) we would be considering the report on Thursday.

“So, we have today (Tuesday), tomorrow (today) until the beginning of Thursday to look at the report, so that when we consider it, we will be doing so on the basis of what we have been able to read from this very important report.”

The Senate President had in May vowed that the National Assembly will do everything possible this year to defeat the demons frustrating the passage and Presidential assent to the PIB, in the last 14 years.

Lawan, who spoke to journalists on his 62 birthday celebration in Abuja, said the patriotic zeal used by the National Assembly in October 2019, to pass the amendment bill on Deep Offshore Oil Production Sharing contracts, will be deployed for expeditious consideration and passage of the PIB already before it, latest by the end of first quarter of this year.

“PIB is like a demon. People both within and outside the country, are ready to work against it as they have been doing for the past 14 years but the ninth Senate and by extension, ninth National Assembly, will defeat the demon with the current bill before both chambers.

“The patriotic zeal, sheer determination and unity of purpose by all serving senators across party lines, to do this latest by the end of first quarter of this year, will be deployed on the bill immediately the Senate resumes on 26th of this month the way it did with Deep Offshore Oil Production Sharing Contracts,” he said.

The Senate President explained that “the main purpose of PIB which will later become Act, when passed and assented to, by President Muhamnadu Buhari, is to make the oil sector investments friendly for both local and foreign investors with attendant economic gains for the country.

“Through it, required competitive environment will be provided for businesses to grow and investors made their gains as well as Nigerians getting values for their monies and government getting more revenues,” he added.