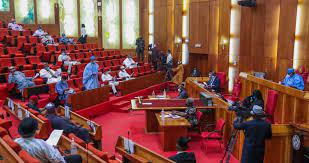 Frontline Islamic human rights organization, the Muslim Rights Concern, MURIC, has given kudos to both chambers of the 9th National Assembly –the Senate and House of Representatives for their good performances after two years of inauguration.

In a congratulatory message sent to the National Assembly yesterday by its director, Professor Ishaq Akintola, MURIC described the 9th NASS as forthright, progressive and people-oriented.

The organization, which congratulated the Senate President, Senator Ahmad Lawan and the Speaker of the House of Representatives, Hon. Femi Gbajabiamila as well as the entire lawmakers on the second anniversary of their inauguration, noted with “immense pleasure the absence of any rigmarole, tension or conflict between the NASS and the executive arm of government since 11th June 2019 when the 9th NASS was inaugurated.”

This, MURIC added, has engendered the smooth running of government as well as uninterrupted lawmaking process.

“The 9th NASS has distinguished itself as a body of patriotic and hardworking lawmakers. While its predecessor was known for foot-dragging courtesy of Sarakisation from the Red House, the 9th NASS has become synonymous with swiftness, business consciousness and concern for the plight of the Nigerian masses.

“For example, whereas the 8th NASS introduced 2,166 bills and passed only 515 in its four years, the 9th NASS has already introduced 2,002 bills in just two years and is still counting. This can be attributed to the confrontational stance of the 8th NASS in its relationship with the presidency and the divided interest of its members who took undue interest in shuttling between the courts and the NASS which is the place of their primary assignment.

“As a result of the confrontation with the executive, the 8th NASS became a clog in the wheel of progress, blocking requests and rejecting the executive’s nominees. In the end, it was the Nigerian masses who suffered the consequences. Or what else could we have expected when budgets were delayed for months on end by the reactionary elements in the 8th NASS?

MURIC also commended the lawmakers for the restoration of January-December budget cycle, noting that “these distinguished men and women have been sacrificing their time and resources to ensure that good governance and dividends of democracy are delivered to Nigerians without tears.”

The organization, however, appealed to the National Assembly to take a kind look at the plight of Nigerian Muslims and seize the opportunity of the constitution amendment period to address the injustice done to them.