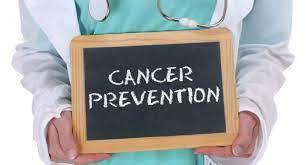 International non-governmental organization, NGO, the OCI Foundation and the Nigeria Cancer Society, NCS have advocated the introduction of anti-breast and anti-cervical cancer teachings into the curriculum of all senior secondary schools in Nigeria.

This, the two organizations believed would reduce the impact of cancer in the country, adding that they are collaborating together through the Arm Our Youths, ArOY Health campaign which started in 2019 and meant to cover all the states of the federation by 2025.

The partnership decision was reached after a virtual meeting and award ceremony, organized by the Nigerian Medical Students Association, NIMSA, and sponsored by the President, OCI Foundation, Professor Chris Ifediora, who is also a Family Physician, Fellow of the Royal Australian College of General Practitioners.

Speaking at the meeting, the President, Nigeria Cancer Society, NCS, Dr. Adamu Al-Hassan disclosed that the group would also partner the First Ladies Against Cancer, FLAC with a view to addressing cancer related issues in Nigeria, especially through the health campaign.

Al-Hassan said that the NCS remained open to discuss the details of the programme and other similar programmes that will follow which will ultimately translate to benefits for our teeming population.

He described the ArOY Initiative which focuses on  prevention and educative drive as very timely and well intentioned,  explaining that the components were the bed rock strategy employed at the NCS in line with the dictum of “Prevention is better than cure”

Responding, the President of the OCI Foundation, Professor Chris Ifediora said that the partnership (NCS-FLAC-OCI Foundation) will expedite the roll-out of the ArOY Health Campaign across all the senior secondary schools in the country, adding that “this will be a big win for the anti-cancer fight in Nigeria.”

He said: “Already, the OCI Foundation has the ideas, technology, and plans to get this partnership to a glittering start, and we will be bringing all of these into this partnership.”

Ifediora, an Associate Professor, Griffith University Medical School, Gold Coast, Australia; explained that the Foundation was already in touch with a number of the First Ladies, including those of Niger, Benue, Kebbi, Ondo and Nasarrawa States, who he said are active members of FLAC, pointing out that “the awareness of the ArOY Health Campaign, will make a formalization of this 3-way partnership easy.”

“Our associations with the Federal Ministries of Health and Women Affairs, as well as the National Orientation Agency, NOA and the National Youth Service Corps, NYSC, will all be leveraged to ensure that this partnership yields the huge and sustained dividends it has the potentials for,” he further stressed.

According to him, the virtual meeting is being worked out where all the first ladies involved, can participate in.

“This way, we will make sure that all the partners are on the same page, and that as many states as possible will buy into the project, and be ready for a  roll-out by the end of this year, as is currently planned with Niger and Benue States, as well as with the NYSC”.