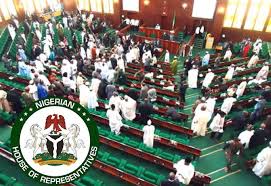 The Nigeria House of Representatives on Tuesday at resumption of plenary, adjourned to Wednesday, February 10, in honour of their late colleague, Hon. Ossy Prestige, who died on Sunday, February 7, 2021.

The Speaker, Hon. Femi Gbajabiamila, who announced the lawmaker’s demise on the floor of the House, expressed sadness and regrets.

He said Prestige has been sick since the summer of 2020 and was flown to London for treatment.

Gbajabiamila described the late lawmaker as a friend and active member of the previous assembly and 9th assembly.

The Speaker said that at the appropriate time, the House would pay formal tributes and accord him the last respect.

He further stated that though there were many announcements including a letter from President Muhammadu Buhari informing the House about the appointment of the new Service Chiefs, the parliament would still not be sitting.

The Speaker also disclosed that a new COVID-19 safety measures would be announced on Wednesday.

Gbajabiamila said: “We will be announcing tomorrow new Covid-19 protocols just to keep us safe. We need to take necessary action. On a very sad note, we will not be doing any business today. I have some announcements including a letter from Mr. President on the new Service Chiefs. I am pushing all that for tomorrow.

“I want to announce the death of our colleague, Hon. Ossy Prestige. He’s been sick for a while since summer of last year. I saw him in October last year. We chatted and I announced to members to continue to pray for him. I think the minority leader also went to see him. Shortly, we lost communications until the family notified me a couple of days ago of his passage.

“When I went to see him in a UK hospital, he narrated to me how he travelled. He was a member of a powerful bloc in 8th assembly. He was a great guy. He shared something with me before he travelled to London. He kept telling me he had a dream and I will share that dream with you in good time. Our prayer is that God will comfort his family and also accept his soul. We will do a formal valedictory at the right time. We will do a minute silence for now.”

Thereafter, the House observed one minute silence and the Majority Leader, Hon. Ado Doguwa, moved the motion for adjournment, which was seconded by the minority leader, Hon. Ndudi Elumelu.