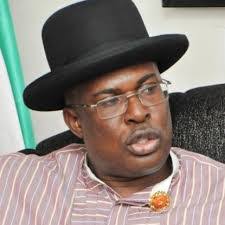 Amidst the increasing criticisms by Nigerians over the latest increase in the retail price of petrol, the Federal Government says it is not contemplating any further palliative than those already in existence for the people.

Minister of State for Petroleum Resources, Timipreye Sylva, said that there is nothing the government can do to intervene in the new petrol price as it is a direct fall out of the deregulation policy announced in the petroleum sector in March.

“There is no going back on the deregulation policy in the downstream sector of the petroleum industry. It is a necessary economic policy. Successive administrations had desired to achieve deregulation without success. Some lacked the political will, while for others the timing was not appropriate.

Mr. Sylva also said, achieving that price level from less than $10 per barrel last April necessitated reducing Nigeria’s output in compliance with the Organization of Petroleum Exporting Countries, OPEC, resolution to curtail output to stabilise the market and boost prices of crude oil at the international market.

“Deregulation is a necessary policy direction. I agree it would come with a few pains initially. But I can assure you that when we all overcome it, we will be happy that we took the decision,” he said.

“In terms of palliatives, we have had a lot before in this country which did not take us anywhere. There is no government that has introduced as many palliatives as the current government, namely the N-Power scheme, Trader Moni, Schools feeding programme, etc., rollout scheduled for the end of this month.

Earler, the petroleum products marketing and distribution arm of the Nigerian National Petroleum Corporation, NNPC, PPMC, raised the ex-depot price of petrol from N113.70 to N147.67 per litre, which has been stirring controversies from major opposition party, Peoples Democratic Party, PDP and Nigeria Labour Congress, NLC, who have condemned the new price as a demonstration of the government’s insensitivity to the plight of the people.

Although the Petroleum Products Pricing Regulatory Agency, PPPRA, responsible for the regulation of the prices of petroleum products in the country, is yet to make an official pronouncement on what the new price of petrol will be for the month, products marketers have since adjusted their pump prices to about N160 per litre.

Both have vowed to mobilise the people to oppose the hike, describing the timing as wrong, in view of the negative impact of the COVID-19 pandemic on the people’s overall wellbeing.

When crude oil prices dropped earlier in the year, he said the government was able to transfer the bene The minister said at that time, the government never minced words in letting the people know that when the price of crude oil goes up at the international market, some of those movements would likely reflect the pump, which is what is happening today.

He said the current price increase was an inevitable policy direction, especially at this time of COVID-19 pandemic, which saw crude oil prices crashing to the negative zone, with crude oil price dropping to below $10 per barrel.

At that time, the Minister said, the country’s earnings from oil was not sufficient to support subsidy payment, with claims rising to over N1trillion every year at the pump and the foreign exchange to import the products.