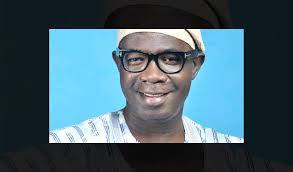 Ondo Deputy Governor, Hon Agboola Ajayi, who has resigned his membership of the All Progressives Congress, APC, has declared that he did not resign from office.
Ajayi spoke on Sunday after he resigned his membership of the ruling party at his Apoi Ward 2, Ese Odo Local Government Area of the State.
He stated that he remained Deputy Governor as he was duly elected and the electorates that voted for him did not tell him to resign his position.
“I am here to officially announce to you that as from today I ceased to be a member of the APC. I came to tender my resignation letter to the ward chairman.
“The reason I am taking this action is known to all of you. I listened to the advise from all supporters across the state. The Ese Odo Local Government will continue to witness peace and progress.
“It is a painful thing that I am leaving the APC, but there is time for everything. As a Nigerian, I have the fundamental freedom to belong to any party or group.
“What will happen in this state is going to be like a tsunami as many bigwigs in the APC will be joining the PDP in a matter of days.”
At the secretariat of the PDP in the same ward where he announced his return to the party and collected his party card, he said, “Like I said earlier, everybody all over the world knows why I left the APC.
“Some hours ago, you all knew what happened to me at the Government House but I am a man of peace.”
Meanwhile, Ajayi has moved out of the official residence of the Deputy Governor in the government house.
Before leaving the Government House, the deputy governor had a face off with the police at about midnight on after some government officials prevented the removal of some of the items.
Ajayi has been at loggerheads with Governor Oluwarotimi Akeredolu. Interventions by prominent individuals to broker peace between them failed.
The deputy governor boycotted government functions since March, although their differences became noticeable last year after Governor Akeredolu returned from treatment abroad.