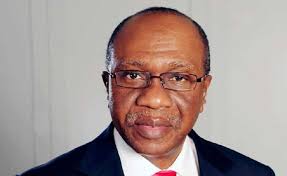 Central Bank of Nigeria, CBN has stated that about N432 billion has been set aside to fund the value chains of nine commodities in the 2020 wet season.
The commodities, which are among most of the staple food items on the dining tables of most Nigerians, include rice, cassava, maize, cotton, oil palm, cowpea, livestock, poultry, and fish.
The bank said the funding is part of the plans the apex regulator has unveiled to build on the successes recorded under the Anchor Borrowers’ Programme, ABP to boost food production and ensure food sufficiency.
The National Bureau of Statistic, NBS said on Wednesday the latest rise in the consumer price index, which captures the inflation trend in the country, from 12.36 per cent in April to 12.40 per cent in May, was aided by the spike of food inflation during the month.
The statistics agency said the food inflation sub-index during the month,increased by 1.42 per cent in May, up by 0.24 per cent points from 1.18 per cent in April.
Analysts say the rise in food prices is the direct consequence of the scarcity of basic foodstuff as a result the impact of the coronavirus pandemic, which negatively affected normal economic activities, including farming and agriculture.
But, the CBN said it will soon come up with a framework for the integration of non-interest window in all its intervention programmes, particularly the ABP and the Targeted Credit Facility, TCF to support households and Micro, Small and Medium Enterprises, MSMEs affected by the COVID-19 pandemic.
The Director, Development Finance Department of CBN, Yila Yusuf, said the target for the 2020 agricultural wet season was to advance about N432 billion, through the participating banks, in the value chains of nine commodities.
He said over 1.1 million farmers, cultivating over one million hectares of farmland were expected to benefit from the loans that would help to produce a collective output of 8.3 million metric tons.
Yusuf said the focus on the 2020 wet season was to ensure the provision of improved seeds that would incentivise the farmers to return to their farms.
He asserted that the CBN adopted the value chain approach across all the commodities to ensure that every player along the entire value chain, from the farmers through to the processors, was financed.
The CBN’s funding of the ABP for the 2020 season, Mr Yusuf said, was the highest since the inception of the programme in 2015.
He said the proposed funding for the nine commodities was a significant move by the CBN, considering the successes recorded in the 2019 season that contributed to shielding Nigeria from any food shortage, particularly rice.
Yusuf noted that despite the impact of the global lockdown, some major producing countries of staples, such as rice, closed their silos and halted the export of those products from the shores of their respective countries.
In his presentation, the CBN spokesperson, Isaac Okorafor, said the stakeholders meeting was to review the successes the CBN has recorded under the ABP and the strategies for the 2020 agricultural wet season.
Mr Okorafor represented the CBN Governor, Godwin Emefiele, at the occasion.
The CBN spokesperson said the creation of a non-interest window followed appeals by concerned interest groups for farmers across the country who would also be considered for funding under the non-interest banking window.
He however stated that arrangements have been concluded on the funding document, adding that shortly the policy will outline how farmers could apply for the funding under the category would soon be issued.
Mr Okorafor said the CBN was committed to aggressively fund its agricultural programmes, particularly in the 2020 agricultural wet season, to ensure the farmers go to work immediately on the cultivation of the identified commodities.
He said, “This is to spur farmers along select crop value chains to prevent the country from sliding into a recession, as is currently being experienced in some major economies of the world”
On the Targeted Credit Facility, TCF of the Bank aimed at alleviating the impact of the coronavirus on individuals and small businesses, Mr Okorafor said the CBN was determined to push the economy to ensure Nigeria does not experience consecutive quarters of negative growth.
He said the CBN Governor directed the Development Finance Department of the Bank as well as the NIRSAL Micro-Finance Bank (NMFB) to fast-track the approval process of loans to help restore businesses and livelihoods.
Representatives of the various commodities’ farmers association present at the meeting reportedly commended the CBN for the initiative and pledge to ensure that the loans collected by farmers were promptly recovered in order to sustain the programme.
They included the Presidents of the Rice Farmers Association of Nigeria, RIFAN, Aminu Goronyo; National Cotton Association of Nigeria, NACOTAN, Anibe Achimugu; Maize Association of Nigeria, Bello Abubakar, and the Maize Growers, Processors, and Marketers Association of Nigeria, MAGPMAN, Edwin Uche.