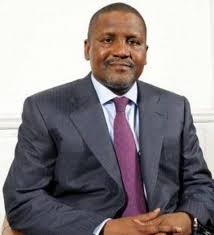 Aliko Dangote, Africa’s richest man, will commence production of oil from two assets he snapped up from Royal Dutch Shell Plc in July, adding a new source of income to a fast-expanding business empire.

In an interview with Bloomberg, the group Executive Director at Dangote Industries Ltd, Devakumar Edwin, said Mr. Dangote is working with Chinese and Malaysian contractors and has completed a development plan for the Kalaekule field on its Oil Mining Lease 72 asset.

Work will then move to an undeveloped KI discovery on Block 71, a small shallow water asset in south-eastern Niger River delta.

“If everything goes well, we can do that in 12 to 15 months because we are already doing the 3D seismic studies”

Production from the fields is expected to feed Mr. Dangote’s privately built refinery which is expected to start work early 2021, with 650,000 barrel a day.

The refinery is expected to double Nigeria’s refining capacity and while providing cost savings helps in meeting the increasing demand for fuels.

According to Bloomberg Billionaire’s Index, Mr. Dangote’s net worth is about $15.6 billion, the majority of which he got from his 85 per cent stake in publicly-traded Dangote Cement. He holds the shares in the company directly and through his conglomerate, Dangote Industries.

The group makes up about one-third of the market capitalisation of the Nigerian Stock Exchange.