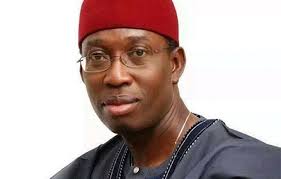 Jibunoh gave the commendation on Tuesday when he paid a courtesy visit to the Director-General, Delta State Capital Development Agency, DSCDA, Mrs. Onyemaechi Mrakpor and members of the Board in Asaba, Delta state capital.

He emphasised that environmental transformation of the state capital territory was great, adding that the impact of the clean environment could not be easily estimated.

The Environmental Crusader pledged his support for the agency and urged them to sustain the effort to ensure a cleaner environment.

He revealed that he had been in the business of environmental study and exploration for over 50 years.

According to him, “I am in Asaba virtually every other month, I came back soon to Asaba and I saw changes, not just on communities alone but on the health of the people”

“I have seen and what I have seen in the last one year is great changes in Delta. I am 82 years, the changes in the environment is not something you can quantify with money and if there is anything I can do to support, I will be there to give you my support” he said.

Jibunor, however, lamented the current impact of desertification which he predicted over 25 years ago, saying that government failure to replicate his pilot project was the outcome of farmers and herders clashes, lack of grazing land and migrations.

The 82-year-old desert warrior who authored four books on environment, said he was angry because governors who witnessed his pilot project to stop desertification in Kano, failed to replicate.

“I am angry because the governors who promised to replicate my pilot project to combat desertification failed to keep their promises, hence the drying up of lake Chad, cleared grazing field and the Fulani migrations to the south.

Speaking, the state Governor, represented by the State Commissioner for Information, Mr. Charles Aniagwu, assured that the agency would sustain the effort to clean up the state.

Okowa said that with the support of Jibunor, the agency had gotten endorsement on its assignment and would strengthen its effort to transform the environment through urban renewal.

He commended the desert warrior on his achievements as one who had affected the country as a whole.

“In the last seven months, the Director General and members of the board have been committed to transforming the capital territory through urban renewal.

“What the agency is doing is for the good of all of us,” Okowa said.

The D-G, DSCDA, said she was humbled by the visit of the desert warrior to acknowledge the work the agency was doing in the state capital.

Mrakpor assured that the agency would remain focused and would appreciate the support of Jibunor and all well meaning people of the state to deepen ongoing developmental programmes in the state.

She called on the people to buy in and own the projects for sustainability, adding that there was no going back on the urban renewal project of the state government.

According to her, the people will be required to plant grasses and ornamentals plants, make interlocking to ensure cleaner environment and to check flooding around their homes.

“We have good laws but the challenge has been that of enforcement. We cannot go back to our vomits.

“The mechanics in Asaba do not have a choice but to occupy the mechanic village, we will not tolerate any act of lawlessness,” she said.

The high point of the visit was the decoration of the desert warrior with the traditional “Akwa Ocha” the pride of the Anioma people of Delta.