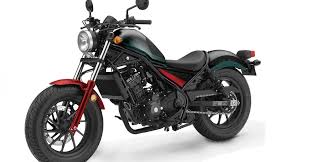 Two persons were arraigned by the police on Monday before an Ota Senior Magistrates’ Court in Ogun for allegedly stealing a Bajaj motorcycle valued N250, 000.

The defendants, Mr. Ugochukwu Dickecha, 41-year-old and 23-year-old Gift Anthony, whose addresses were not provided, are facing a two-count charge of stealing and conspiracy.

The prosecutor, Corporal E.O. Adaraloye, told the court that the defendants committed the offences on February 21 by 11.00 p.m., at the Winners’ Chapel area in Ota, Ogun state.

Adaraloye alleged that the defendants conspired and stole a Bajaj motorcycle worth N250, 000, which belonged to the complainant, Mr. Ajenifuja Quadri, from where parked it.

The prosecutor said that the defendants were apprehended by a vigilante group and handed over to the police.

The accused persons, however, pleaded not guilty to the charges.

The magistrate, A.O. Adeyemi, granted the defendants N50, 000 bail each with two sureties each, in like sum.

She stated that the sureties must reside within the court’s jurisdiction and should be gainfully employed with evidence of tax payment to the Ogun state Government as she adjourned the case until March 3 for trial.