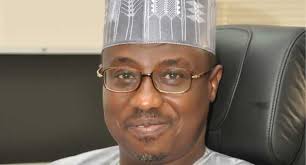 Nigerian National Petroleum Corporation, NNPC says, it will expand its domestic gas footprint with the delivery of the Escravos-Lagos Pipeline System, ELPS II to double capacity from 1.1 billion standard cubic feet of gas to 2.2 BSCF.

NNPC in a statement by its Acting Group General Manager, Group Public Affairs Division, Samson Makoji, in Abuja, said the Group Managing Director of the corporation, Mele Kyari, spoke on the expansion at the fourth sub-Saharan Africa International Petroleum Exhibition and Conference, SAIPEC in Lagos.

Also, report by Financial Derivatives Company, FDC has noted that investors in the oil and gas industry are awaiting the outcome of the passage of the Petroleum Industry Bill, PIB, especially the clarity of its fiscal terms.

Speaking on the theme: “Oil and Gas as an Enabler for Economic Transformation in Sub Saharan Africa,” Kyari stated that the NNPC would commence the construction of the Ajaokuta-Kaduna-Kano gas pipeline in the second quarter of 2020 to serve as an enabler to further boost economic activities of the country.

Represented by the Chief Operating Officer, COO, Gas and Power, Mr. Yusuf Usman, Kyari explained that the recent passage of the Deep Offshore Act into law has set the industry on the path of irreversible growth.

According to him, “Nigeria as Africa’s leading exporter of LNG and the fourth in the world after Qatar, Australia and Malaysia, is ready to capture more LNG market with the Final Investment Decision of the NLNG Train 7.”

Kyari said most resource dependent nations rely on their dominant natural resource to drive other key economic initiatives and activities, noting that it is true of Nigeria and many other countries represented at the conference.

He explained that the connection between the oil and gas industry and the Nigeria economy was intricate, adding that the state of every aspect of the nation’s economic and social life revolves around hydrocarbon resource.

Kyari called for more hard work to diversify the economy away from over dependence on oil revenues in order to avoid the risk of market fluctuations that may impact the nation’s fiscal equation.

He said: “Oil and gas resources have remained the major source of revenue that has kept the wheels of Nigeria moving for over five decades. Oil, as we all know, has served as key enabler to the economic transformation of many nations like Norway, Saudi Arabia, UAE, Qatar and many other oil resources dependent nations.

“The current government under the leadership of President Muhammadu Buhari has made it a priority to ensure revenues from oil and gas resources are utilised to support the emergence and growth of other non-oil sectors of the economy.

“In order to achieve this objective, it means more money will be required from the oil and gas to fund new economic projects outside the oil and gas industry,” the GMD stated.

He said the NNPC, as a national oil company, had been repositioned to support the vision of the president for economic diversification, adding that in the upstream, the corporation targeted increasing oil production from 2.3 million barrels per day to 3 million bbl/day.

He noted that the corporation was working with partners to significantly reduce production cost per barrel in order to improve the flow of the needed revenue to support economic diversification.

He said the NNPC was encouraging private investors to boost investment in oil and gas value chain as a way of creating more value and job opportunities for the nation’s teaming youths.

Kyari further explained that Nigeria was still a net importer of petroleum products due to the current state of NNPC refineries and the long absence of private investment in the refining sector.

“NNPC is inviting investors to key into the revamp and expansion of domestic refining capacity in order to support the growth of the downstream sector and guarantee energy security for the nation.

“We are progressing with the establishment of condensate refineries to fast-track domestic supply of petroleum products. In the same vein, the corporation would support the actualisation of the 650Kbbl/day Dangote Refinery, as well as other private initiatives along this line. Our plan is for Nigeria to become a net exporter of petroleum products by 2023,” Kyari noted.

He asserted that NNPC was leveraging technology and innovation to achieve the goal of building an energy company of global excellence.
The GMD implored all stakeholders to collaborate with the corporation in an atmosphere that is beneficial to all and emplaces Nigeria on the path of growth and development.

In his opening remarks, the Chairman of the Petroleum Technology Association of Nigeria, PETAN, Mr. Bank-Anthony Okoroafor, called for deeper regional integration among African countries to boost the continent’s economic activities.

Meanwhile, investors in the oil and gas industry is awaiting the outcome of the passage of the Petroleum Industry Bill, PIB, especially the clarity of its fiscal terms, analysts at the Financial Derivatives Company, FDC have stated in a report.

The analysts, in the February edition of the economic bulletin of the firm released yesterday, noted that the inability of the federal government to agree on oil reform is costing the country loss of investment or deferred investment in crucial oil projects as investors await how the regulations to be contained in the proposed law would affect the oil and gas sector.

It noted that the prevailing global economic uncertainty has also affected the value of the state’s oil assets and what prices the government could command.

Analysing the global trend in oil prices, the report explained that oil prices touched a peak of $68.91 per barrel due to the US-Iran tensions, US-China trade deal agreement and shutdown of two Libyan oil fields, before falling sharply to $59.45 per barrel following the outbreak of Coronavirus, which is impacting oil demand from China.

Following the outbreak of Coronavirus, which has affected the global demand for crude oil, the price of the commodity has since slumped to $54 per barrel.

Crude oil prices gave up early gains and slid for a fourth day yesterday as fears of a Coronavirus pandemic deepened as the outbreak spread in countries outside China.

Fears of a pandemic have escalated as authorities around the world battle to prevent the spread of Coronavirus, which has now been found in about 30 countries.

On the outlook for oil price, FDC projected that the bearish trend in prices would be sustained in the near term due to low demand from China as a result of the Coronavirus.

OPEC’s total crude oil production averaged 29.44mb/d in December, which was 161,000 bpd lower than the previous month.
“At the December meeting, OPEC and its allies agreed to cut oil output by an additional 500,000 barrels per day but are yet to determine output cut among member countries.

“With the recent decline in oil prices, the cartel will have to speed up its allocation process and could even resort to a deeper cut. If this happens, Nigeria may have to further reduce its oil production,” the report stated.

On the impact, FDC explained that Nigeria was highly susceptible to a fall in oil production as crude oil accounts for approximately 90 per cent of Nigeria’s total export.

This, according to the report, means that the pace of depletion of the reserves could intensify and trigger a currency pressure.
Also looking at the trends in natural gas, it stated that the prices of the commodity averaged $2.03/mmbtu in the review period, 11.35 per cent lower than the average of $2.29/mmbtu in December.

“Prices increased to $2.19/mmbtu on January 14 before nose diving to close the period at $1.84/mmbtu. The bearish price trend was primarily influenced by the Coronavirus outbreak, surge in Qatar’s LNG production and lower demand in the United States,” the report added.

The FDC report projected a rise in demand, especially as the peak of the winter season approaches.

Also on the impact side, the report forecast that a higher LNG prices was positive for the country’s export revenue.

The firm also forecast a further decline in the nation’s power supply in the coming weeks.

It stated that average power output from the national grid for January was 3,816MWh/h, which was 1.41 per cent higher than the average of 3,763MWh/h in December 2019.

It, however, stated that the implementation of the cost reflective tariff in April would increase investments in the power value chain and improve power supply in the medium to long term.