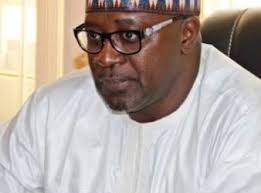 In his address, Prof. Idachaba charged the staff to work in unity, as he emphasised the need for collaboration and collective responsibility.

He urged everyone to work together as a family, effectively, and to build trust and understanding.

“Let us develop the attitude of speaking positively, even in our relationship with our colleagues, he said.

The Ag DG, urged the management and staff to showcase dedication and loyalty to the commission, as well as requesting staff to restructure an NBC, where focus would be on what the commission can do for the broadcast industry.

Recall that the DG of the NBC, Kawu,  was last week’s Thursday, suspended following a fraud allegation of N2.5bn after Independent and Corruption Practices,ICPC, urged the federal government to suspend himself and 32 other public officers/civil servants undergoing corruption trial at the time.

According to the ICPC, it is prosecuting Mr. Kawu for “using his position to confer corruption advantage.”

The Commission on May 2, 2019 arraigned Kawu and two others, Dipo Onifade and Lucky Omoluwa, over alleged N2.5 billion fraud.

They are being prosecuted on 12-count charges for allegedly conspiring with each other to use the position of the suspended DG to confer a corrupt advantage on Mr. Omoluwa, his friend and associate.

Though, the trio pleaded not guilty and were granted bail, however, the anti-graft also agency charged Kawu for allegedly ‘deceiving’ Mr. Mohammed to sign the deal.

The report further said that Kawu allegedly asked Mohammed to approve payment of N2.5 billion to Pinnacle Communications Ltd owned by Mr Omoluwa as “Seed Grant” under the Digital Switch-Over Programme of the federal government.