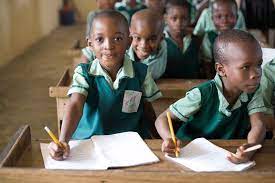 Chairman Senate Committee on Appropriations, Senator Jibrin Barau on Thursday explained that the proposed Federal University of Education (Technical), Bichi and Federal University of Agriculture, Danbatta both in Kano Statee will address the dual problems of out of school children and shortage of teachers in the North generally.

Senator Barau, who represents Kano North Senatorial District in the National Assembly, spoke at the public hearing organised by the Senate Committee on Tertiary Institutions and TETFund on the proposed establishment of the universities and the Federal College of Agriculture, Ubiaja in Edo State, respectively.

“We have many private universities being established every year. So, there is that need to have a university in our area. You know we are lagging behind in terms of education. We need a university that will train teachers that will teach in these universities. That is very important,” he said.

The lawmaker, who sponsored the two universities’ bills, said the Federal College of Education Technical Bichi, which is being upgraded to university was known for.producing teachers in Kano State,

He said: “Kano is not only the Centre of Commerce in Northern Nigeria, but also Centre of Agriculture as they have the largest farm produce market in the whole of West Africa situated in Kano.

“Since we are known for agriculture, we need a university that will train farmers (agriculturists). We are not asking for too much because the establishment of these universities is for the benefit of the entire nation.”

Talking about funding, the Kano North senator was optimistic that their hard work has resulted in “non-oil revenues growing every year”.

“Now we are talking of an institution that will help develop agriculture, which is the main stay of our economy, which will increase our agricultural produce and translate into a better living standard.

On the disturbing issue of out of school children, which is mainly a Northern problem, Barau said the establishment of the institutions is the best way to fight the menace.

“We are talking about training teachers. If you don’t have this kind of institution you won’t go anywhere . We are trying to fight this out of school children, which can be done by having the school and have the teachers. Teacher is the most important element to have children trained to be better citizens of the country.

In his remarks, the Speaker, Kano State House of Assembly, Hon. Hamisu Ibrahim, who represented the state governor, Umar Ganduje, said the government would provide all that is needed for the establishment of the two universities.

He disclosed that primary and secondary schools have been made compulsory in Kano State through a law passed two years ago by the House of Assembly making it “compulsory and necessary for every child to be enrolled in school”.