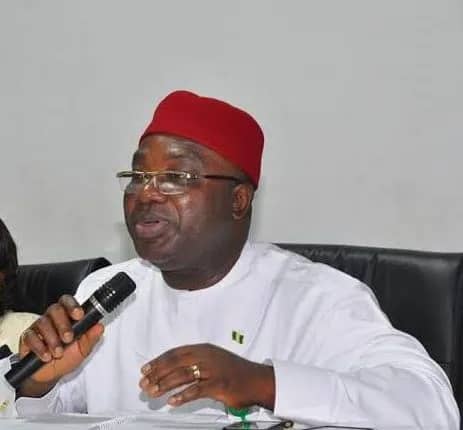 He further noted that the work of civil soceity organisations and human rights defenders is at the heart of human rights promotion and protection, nationally, regionally and globally.

His words, “It is civil soceity movements that we can credit with the abolition of Slavery, the end of apartheid and colonisation, the end of military rule and wave of democratisation that blew across the length and breadth of Africa in the 90s. In Nigeria, civil society is the force that pioneers and sustains initiatives and actions that promotes, protects, and fulfils human rights.

“From legal actions to advocacy, research and humanitarian interventions, Nigerian civil soceity groups have shown dexterity and pioneering Spirits even in harshest environments.

“Today, we have litanies of legislations such as the Freedom of Information Act, the Child Rights Act and the Persons with Disabilities Act which are the sole achievements of civil soceity of organisations in Nigeria”.

According to the NHRC boss, the growth of civil soceity human rights work has been matched to a great extent with the strengthening of the mandate of NHRC.

He said, “From humble beginnings as a creation of military rule, the Commission through the amendment of its Act has become a major reference point for National Human Rights Institutions on the continent and globally. The independence of the Commission has been strengthened, and so is its funding structure, protective mandate and quasi-judicial powers”.

Earlier in her remarks, the chairperson of the governing council of the National Human rights commission, Dr. Salamatu Hussieni Suleiman noted that the commission is empowered to collaborate with other institutions, both national and international, government and non-governmental partners as well as donor partners.

She further noted that it was on this strength that the commission is engaging the civil society which is recognised as key players in the promotion of human rights.

She also said that civil soceity organisations are regarded as essential building blocks for development and national cohesion through sustained campaigns and advocacy for worthy causes.