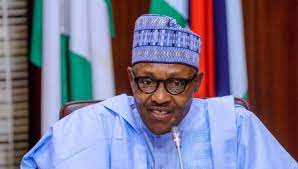 Federal Government has disclosed plans to review the criteria currently being used by the Development Bank of Nigeria, DBN to disburse loans to the Medium, Small and Micro Enterprises, MSMEs in the country to ensure geographical spread.

Minister of Finance, Budget and National Planning, Hajia Zainab Ahmed dropped the hint on Thursday when she appeared before the Senate Ad-hoc Committee set up to investigate the alleged uneven disbursement of the N500billion federal government loans to MSMEs by the DBN.

Ndume had claimed that the South-West geopolitical zone in the country, especially Lagos State, had the lion share of the loans with 47% beneficiaries.

Appearing before the panel on Thursday, the minister pledged to meet with the development banks management and their regulators, the Central Bank of Nigeria, CBN to carry out the review of the criteria for loans disbursement.

She, however, cautioned that such review would not  be too flexible to ensure the sustainability of the development banks.

“I have been given copies of reports already submitted to the committee by the development bank.

“The criteria to access funds from the development banks are set by the supervising ministry. The last one was targeted at the technology sustainability plan.

“The Development Bank of Nigeria was set up to enhance the development of the MSMEs across the country but it doesn’t lend directly to the beneficiary businesses. Instead it lend to them through microfinance banks. The MFBs also provide criteria for the lendee and do credit analysis. They send their reports to the DBN which would collate the report and approve for disbursement.

“The criteria set by the DBN was reviewed by the regulator and approved by CBN.

“The Bank of Industry was set up to also stay healthy as a bank. It has done very well in terms of loans repayment. it is the only financial development institution that is giving dividends to the Federal Government.

“The BoI has also been able, on its own, using it’s balance sheet, to raise resources from the domestic capital market as well as from the international capital markets. It is doing quite well in terms of its performance but we hope it could more and use it’s exposure to do more.

“Right now we are struggling to reinvigorate the Bank of Agriculture which was also subjected to regulations and criteria, in areas that would make it stay afloat and make some certain level of returns because that is what would provide efficiency in the bank. If government continue to provide intervention funds without adherence to criteria to sustain existence of the banks, it will threaten their existence.

“I agree that we have to strike a balance between the survival of the banks, their profitability and the development objective of setting them up.”

Earlier, Senator Musa said the Federal Government supported the development banks so that they would not be using the same considerations that commercial banks are using. We want to know the conditionalities that are making it very difficult for the MSMEs to access funds from the development banks, there is the need to look at it critically.

“We want to know the criteria being used by the development banks to disbusrse funds because we know that the standards were set by the Central Bank of Nigeria.

“The criteria should be such that the weak MSMEs would be able to access it.

“The Bank of Industry for instance, was set up to industrialize Nigeria. It means every part of the country must be considered.

“The Nigerian economy is being run by the MSMEs because we have about 39 million of them across the country. We need to ensure their survival,” he stressed.