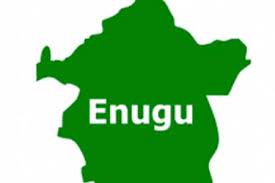 First runner-up in the 2nd October, 2018 primary election of the People’s Democratic Party, PDP for Enugu West Senatorial seat, Mr. Isaac Okah, has cried out that he’s still alive following the claim by another contestant in the election, Sir Ogochukwu A.U. Onyema, who sworn an affidavit that he’s dead.

Okah, in a statement signed and made available to journalists on Thursday in Abuja, said Onyema approached the Federal High Court, Enugu asking it to declare vacant the Enugu West Senatorial seat currently being occupied by Senator Ike Ekweremadu, who is now in a London prison over alleged organ harvesting for her daughter.

According to him, Onyeama is praying the court to command and mandate the leadership of PDP to forward his name to the National Assembly as Ekweremadu’s replacement since he (Okah), who was the first runner-up in the primary election is dead.

The statement reads: “My attention has been drawn to Suit No. FHC/EN/CS/7/2022 filed by Sir Ogochukwu A.U. Onyema praying the Federal High Court Enugu to declare vacant the Enugu West Senatorial Seat currently occupied by Senator Ike Ekweremadu and to command and mandate the leadership of the Peoples Democratic Party (PDP) to select, nominate, and forward his name to the National Assembly as a replacement.

“Sir O.A.U Onyema equally seeks the order of the court commanding and mandating the Independent National Electoral Commission (INEC) and its Chairman, Prof. Mahmood Yakubu, to “withdraw or revoke, as the case may be, the Certificate of Return earlier issued to the 3rd defendant (Ekweremadu) and issue a fresh Certificate of Return” to him as “the only available runner-up” that can validly be nominated as Senator Ekweremadu’s replacement.

“It becomes imperative to state that I polled 84 votes at the October 2018 PDP primary election for Enugu West Senatorial District to place second behind Distinguished Senator Ike Ekweremadu, who polled 690 votes to emerge winner, while O.A.U Onyema mustered 61 votes to place third.

“However, to further his case, O.A.U lied on oath by deposing to an affidavit that the 1st runner-up, being my humble self, is dead, hence purportedly leaving him as the only available runner up.

“I wish to unequivocally clarify that I, Mr. Isaac Okah, a retired Director in the Federal Civil Service, am alive, well, and running my private business.

“It is a shame that naked and unbridled ambition has pushed O.A.U Onyema into the sacrilege of wishing his fellow man dead.

“It is equally a shame that a lawyer of many years experience like him, who aspires to the Senate, has no firm grasp of the provisions of the 1999 Constitution regarding the grounds on which a National Assembly member’s seat could be declared vacant and is also ignorant of the provisions of Section 76 of the Constitution, which explicitly mandates the INEC to conduct a bye-election within 30 days to fill any vacancy in the federal legislature.

“I totally condemn and dissociate myself from his wicked lawsuit, which has no bearing whatsoever with Nigerian laws, conventions and practices of the National Assembly of Nigeria, and our humanity and culture as Ndigbo.

“However, since an elder like O.A.U Onyema believes he can only make it to the Senate by lying to benefit from the misfortunes of his kinsman and wishing another man dead, I wish him well and leave him entirely to the verdict of God, our ancestors, and history.”