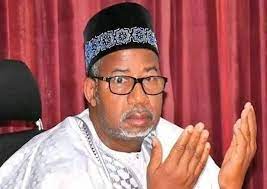 Gololo, who was reacting to the recent moves by the state government to lease or sell six viable properties in the state,

warned that he’ll assemble a team of lawyers to sue the governor if he does not reverse his actions.

He maintained in a statement issued on Thursday and made available to our correspondent that the Odubo cattle ranch in Gamawa Local Government Area of the state is an asset that should be preserved for the future of the state.

According to the state government, six public properties have been listed for privitasation including the Bauchi Fertilizer Company, Bauchi Meat Factory, Galambi Cattle Ranch, Bauchi Furniture, Zaranda Hotel and Wikki Hotels and Tours.

Gololo’s remarks were corroborated by the state chairman of the APC, Babayo Misau, who called on the Economic and Financial Crimes Commission, EFCC and the Independent Corrupt Practices and other Related Offences Commission, ICPC to commence an investigation into the sale.

Misau said despite the laudable contributions to the economy of the state, the state government was still planning to sell them.

He described the development as shady, questionable and clearly adverse to the collective interest and well-being of people of the state.

“Bauchi State derives no meaningful benefit in any of the following transactions which include the leasing of Zaranda Hotels for 25 years at N1.2 billion, leasing Wikki Hotels for 25 years at N200 million, selling Bauchi Meat Factory which is worth billions of naira at the cheap rate of N301 million, disposing of Bauchi State Fertilizer and Blending Company at N400 million, sale of Gallambi Cattle Ranch at N150 million and Bauchi State Furniture Company also dashed out at a negligible amount that is far less than its current value.

“More worrisome is the fact that the N2.251 billion to be realised as proceeds of the transactions is too meagre, considering the multi-billions current financial value of the disposed industries.