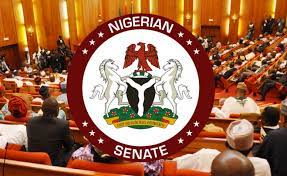 Senate on Wednesday passed for second reading a bill to regulate, formalise employment of domestic workers, apprenticeship, interns and other informal sector employees in the country.

The bill, sponsored by Senator Sani Musa (APC Niger East), also seeks to correct all the ills against the workers.

Presenting the bill during plenary, Senator Musa, further informed that the piece of legislation also seeks to empower the National Directorate of Employment, NDE to issue licenses and monitor privately owned agencies.

He noted that the operation in the informal sector was usually on a small scale with labour intensive production and usually private ownership driven.

Senator Musa, who is the chairman, Senate Committee on Services, added that participation of the Nigerian economy by the informal sector showed evidence of violation of employee rights and non-implementation of labour regulations.

He said: “Informal sector in Nigeria has practices that are not in conformity to the International Labour Organisation, ILO best practices as ratified in its convention, notwithstanding that Nigerian is signatory to these conventions.

“There are still a lot of deficits in its implementation of these conventions, one of such areas of concern relates to a decent work deficit, decent work is work with fair and equal treatments , decent remuneration, and fair conditions of employment, safety and social protection, opportunities for training and collective bargaining.”

The lawmaker further explained that the primary role of the bill was to regulate the sector to promote strategic objectives, promotion of rights at work, employment, social protection and social dialogue.

He said on the contrary, many jobs in the informal labour market, still experience a decent work deficit, adding that employees in the informal sector were often seen as having no right, and are not treated fairly by their employers.

“This bill empowers the National Director of Employment (NDE) to issue licence and monitor the activities of employment agencies throughout the country.

“The NDE shall receive an application from an agency who desires to function as an employment agency and issue a licence having met the requirements and duly certified to play by the rules.

“The certification includes that there is no criminal case against such an agency, that it maintains proper books of accounts among other rules,” he stressed.

Contributing, Senator Aliyu Sabi Abdullahi (APC Niger North) decried the unfair treatment of employees in the informal sector by their employers, saying that the situation called for concern and urgent steps to remedy it.

Senator Abdullahi, however, called for a balanced protection of both the employees and employers in the informal sector, as according to him, the employers also suffer indecent treatment from their employees.

He called for integration of data obtained from registration of such employees by the employment agencies with the National DataBase to avoid engaging unscrupulous foreigners for such employment.

After the bill passed for second reading, the Senate President, Dr. Ahmad Lawan, referred it to the Senate Committee on Labour and Productivity for further legislative process and to report back within four weeks.