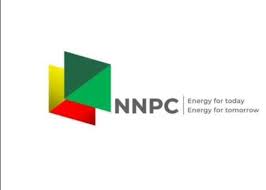 …GMD to appear before Downstream Petroleum C’ttee next Tue

After an alleged claim that it cannot be summoned by the National Assembly having become a limited liability company by virtue of provisions of the Petroleum Industry Act, the Nigerian National Petroleum Company Limited, NNPCL, has disowned a letter allegedly written by it to the Senate Committee on Finance over insulation from appearing before the legislature.

NNPCL had penultimate week clashed with the Senate over the failure of its Group Managing Director, GMD, Mele Kyari to appear for interactive session with its Committee on Finance on the 2023-2025 Medium Term Expenditure Framework and Fiscal Strategy Paper, MTEF/FSP projections.

Incidentally, the denial of the purported letter is coming on the heels of another summon of the GMD by the Senate Committee on Petroleum (Downstream) on Wednesday.

Chairman of the Senate committee on Finance, Senator Olamilekan Adeola (APC Lagos West), had during the recent interface with heads of various ministries, departments and agencies, MDAs, said NNPCL wrote the committee through its Liaison Officer in National Assembly that it is now a limited liability company insulated from appearances before any committee of the second arm of government.

Specifically, Senator Adeola, at the interface, told the NNPCL General Manager Public Affairs, Garbadeen Muhammad  that the company is 100 percent owned by the federal government and it can be invited at any time to appear before the lawmakers for any explanation.

But Muhammad at the sideline of appearance of NNPCL before the Senate Committee on Petroleum (Downstream) on Wednesday, told journalists that the alleged letter never emanated from the NNPCL.

He said: “After the accusation on the purported letter, we carried out thorough investigation on where such a letter came from and through whose authority but discovered that nothing of such was sent from NNPCL to any committee of the National Assembly.

“We even probed further as regards the authenticity of the letter by taking our liaison officer at the National Assembly to Senator Adeola’ office where the Clerk of the Senate Committee on Finance, changed the narrative from letter to telephone conversation.

“Even at that, we requested for the telephone number of the person who gave such information to the Clerk of the Senate Committee on Finance for required tracking  of identity but not given to us .

“NNPCL is at any time ready to honour any invitation from committees of the National Assembly as regards its operations on Oil and Gas.”

Meanwhile the Senate Committee on Petroleum (Downstream), has summoned the Group Managing Director of NNPCL, Mele Kyari to appear before it unfailingly on Tuesday next week by 2pm.

The committee chaired by Senator Mohammad Sabo Nakudu (APC Jigawa South West), said appearance of the GMD before it, will give it required information on steps being taken against oil theft, dwindling revenue, dilapidated state of the Nation’s refineries etc.

The GMD was represented at the rescheduled meeting by the Group Executive Director of NNPCL, Adeyemi Adetunji.