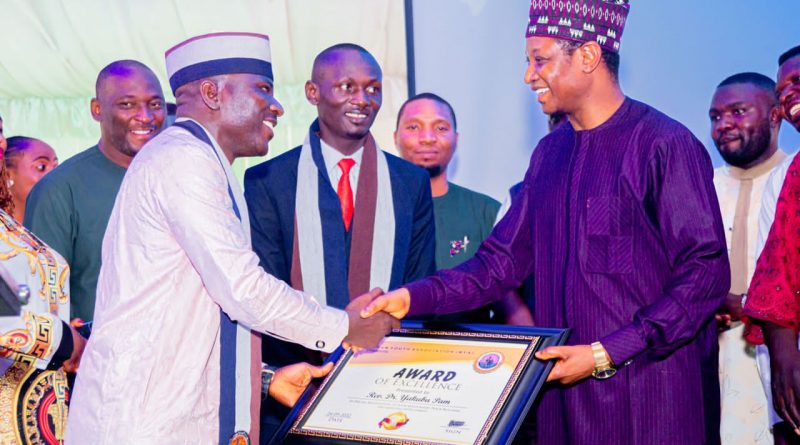 The Executive Secretary of the Nigerian Christian Pilgrim Commission NCPC, Rev Dr. Yakubu Pam has said that God does not use a man without an experience, but he uses men who had gained different experiences in life.

He made this assertion when he paid a courtesy visit to the former Governor of Plateau State, Senator Joshua Dariye in his residence in Jos, Plateau State Capital on Saturday 24th September, 2022.

He informed his host that he came to felicitate with him over  his release from prison  by the Federal Government of Nigeria.

The NCPC boss congratulated Senator Dariye over  his release from prison. In his words, “we have come to celebrate your triumph over falsehood and we acknowledge that it is God who have done this great work for the people of Plateau State”.

Rev. Pam affirmed that Senator Dariye is one of the Governors, who have worked so hard to build Plateau State and has also contributed immensely to the growth and development of the state.

The NCPC helmsman commended Senator Dariye for standing strong in the mist of his adversities and not giving up.

According to him, “Despite all the challenges you faced, God brought you out of them all. “Indeed , you stood, you fought and you conquered”

He prayed for God to strengthen, uphold him and continually help him to be focused so that the purpose for what God has destined you will be accomplished”.

Rev. Pam thanked President Buhari and all those who have contributed in one way or the other to the release of the former Executive Governor of Plateau State.

In his response, Senator Joshua Dariye thanked the NCPC boss and his team for their visit.  According to him, “I appreciate you my brother for standing by me through the period of my challenges”.

He expressed his gratitude to God who kept him throughout the time of trials. In his words, “Through this all, God was there with me and indeed He has glorified himself”

He thanked the church for their prayers and their support. According to him,” the Lord was my strength, the church prayed and God himself came through for me.”

Senator Dariye described the NCPC boss as  a great man with so much humility and a man that had gone through many persecutions before he was announced as the Executive Secretary of NCPC.

“You must go through many challenges before you are announced to the world,” he said.

He urged Christians to always read their bibles and stand by the truth because according to him, “when you read the truth, the truth gives liberation”.

In another development, the NCPC Chief Executive was honoured with an award of Excellence by the Mupun Youth Association during their second annual Public Lecture and Magazine Launch  Award, in Jos, Plateau State on 24th September, 2022.

At  the  event, Executive Secretary of the Nigerian Christian Pilgrim Commission, Rev Dr Yakubu Pam who was the Father of the day at the occasion, commended the Mupun Youth Association for putting together this yearly lecture and magazine launch that affords the people of  Mupun the opportunity to come together as a people of one tribe and one culture.

In his words, “I am proud of what is happening here today because the people of Mupun are promoting their culture”.

The NCPC boss explained that Plateau State has one of the richest cultures in Nigeria and urged the Mupun to ensure that their cultural heritage is preserved. According to him, “Let us not only preserve and promote our culture but we should also work hard to meet our needs and earn a living”.

He explained that culture is as old as the human race and our character, behavior and language are all imbedded in our culture.

Rev. Pam said, “Our culture in Plateau State is such that everyone will want to identify with because we are people who are decent in character and behaviour”. “No wonder our culture is almost influencing other states in the middle belt”

He thanked Mupun Youth for honouring him with the award and promised his unflinching support to the association.