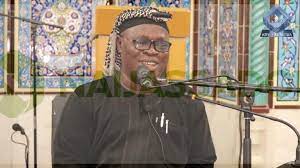 The group accused NOUN of preparing an examination time table that leaves no room for Jumu‘ah prayer thereby forcing Muslim candidates to write examinations under duress and compelling Muslim invigilators to work in a dehumanizing and despiritualizing condition.

MURIC, in a statement signed and released on Thursday by its director, Professor Ishaq Akintola, described the examination time table as anti-Muslim and neo-imperialist.

Akintola stated that the 2022 POP final examination time table released by NOUN revealed that Muslim students and staff of the institution were forced to write the aforementioned examination and invigilate same respectively during the period of the Jumu‘ah prayer from Tuesday, April 19 to Tuesday, May 17.

“The infringements on Allah-given fundamental rights of the Muslim students and staff occurred on Friday 22nd and 29th April, 2022. Unless adequate steps are taken by the authorities of NOUN to correct the anomaly, it is most likely to continue on Friday, 6th and 13th May, 2022

“This cannot be acceptable to Nigerian Christians and it is for the same reason that it is a taboo among Muslims and anybody who forces them to do it is regarded as standing between them and their freedom to worship Almighty Allah, their Supreme Creator. It is not only outrageous, repulsive and detestable, it is also anti-Muslim and neo-imperialist. It smacks of articulated religious fanaticism.

He, however, informed that the chairmen of MURIC in all 36 states have been directed to locate the examination centres throughout the country on May 6 and 13 with the aim of monitoring compliance with the group’s demand, adding that “this must be done without resort to violence and with utmost civility and decorum.”