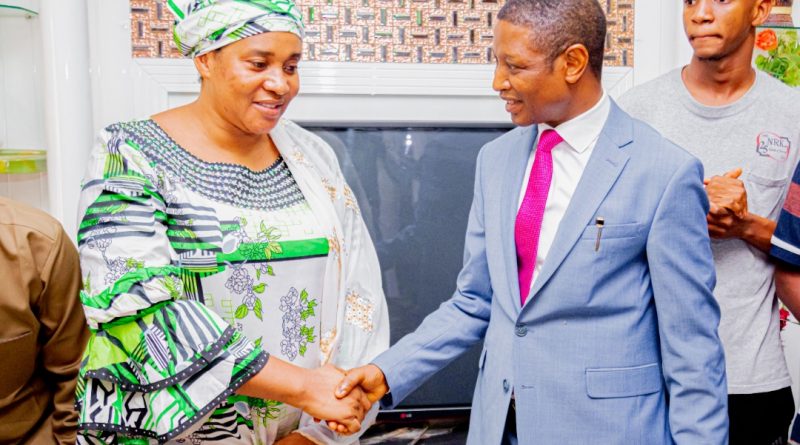 The Executive Secretary, Nigerian Christian Pilgrim Commission, NCPC, Rev. Dr. Yakubu Pam, has paid a condolence visit to the family of the late Statistician General of the Federation, Dr Simon Harry who died in Abuja recently after a brief illness.

The NCPC boss and his delegation arrived the country home of the late Chief Executive of the National Bureau of Statistics at about 11:50 am on Sunday, 24th April, 2022 at Jenre, Plateau state.

He was received by a representative of the family, Elder Bitrus Nabasu and the widow of the late NBS boss, Mrs. Harry.

The NCPC boss extolled the qualities of the late Harry for his selfless service to humanity which explains why he rose meteorically to the peak of his career as the Statistician General of the Federation.

He said that his death was not just a loss to his immediate family, but a loss to the state and the country at large.

Rev. Pam averred that Nigeria and Plateau state had lost a great statesman. He described him as “a great General, a man of integrity.”

He posited that for the late NBS boss to have risen to the zenith of his career, he must have been exemplary in his service to his fatherland.

Rev. Pam reaffirmed that though he served for only seven months, as NBS boss, he made history for Plateau state and Nigeria.

He admonished the widow and the family members to take heart and be comforted; stressing that as Christians “death is the beginning of a new life in Christ”.

Speaking on behalf of the family, Elder Bitrus Nabusa, a retired Federal Permanent Secretary, said the late Dr Simon Harry served the nation passionately with all his heart and strength.

He affirmed that the late Chief Executive of NBS portrayed the image of Plateau state for the seven months he was in the saddle.