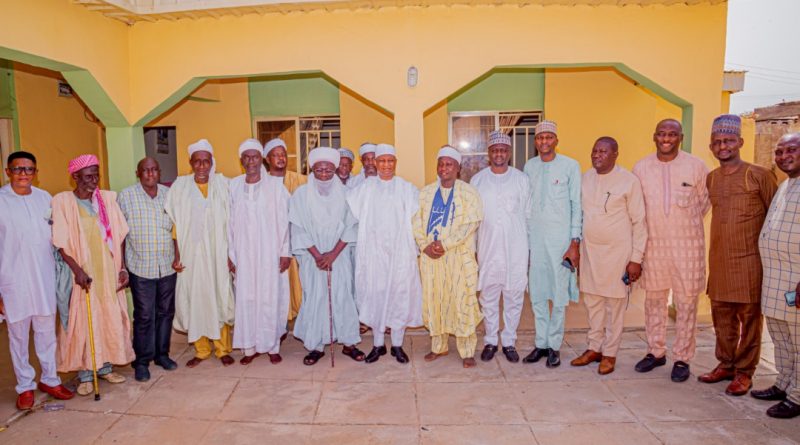 The Executive Secretary, Nigerian Christian Pilgrim Commission, NCPC  Rev Dr Yakubu Pam, has paid a condolence visit to the Emir of Wase in Plateau state, His Royal Highness, Alhaji Muhammed Haruna over the recent killings in the area.

The NCPC boss and his delegation were received on 23rd April, 2022 at the palace on behalf of the Emir by the Waziri of Wase, Alhaji Muhammed Badamasi.

Rev Pam in his condolence address said” this is a trying time for the people of Plateau state and Wase”.

He further stated that he was at the palace to encourage and console them over the killings of their people by unknown gunmen.

Rev. Pam prayed that God would defeat the forces of the evil men and comfort the people.

Speaking, the Waziri of Wase, Alhaji Muhammed Badamasi, said he was very delighted to receive the NCPC boss in his palace on behalf of the Emir.

He explained that the killings in Wase was unfortunate incident which is not peculiar to Wase alone, but the entire country as he prayed that God would see them through as more evil people are on the rampage all over the place.

Badamasi thanked the NCPC helmsman for coming to sympathize with the people of Wase in such a time like this.

He further affirmed that the people of Wase have confidence in the Lord and had decided to conduct prayers collectively with all the faith to seek God’s intervention.