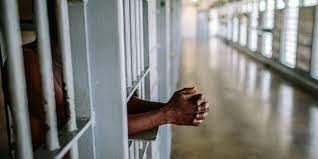 A total of 57 inmates are currently on death roll in various correctional centres across Niger State. Idealposts finding has revealed.

It was gathered that with the large figures, none of them has death warrant signed by state governor as stipulated in the Constitution.

An impeccable source at the Nigeria Correctional Service, who crave anonymous told the idealposts that the state Governor are reluctant to sign death  warrants of those convicted to death.

According to the source, “Since the inception of this democracy in 1999, no governor endorsed his signature on any death warrant of those convicts and the facilities keep on increasing with convicts inmates on death roll daily across the country.

“For the past 23 years of democracy, apart from the former Governor of Edo State, Adams Aliyu Oshiomole, that signed death warrant of a convict, no other governor has sign death warrant. I can tell you that we have over 6,500 Inmates on Death Roll, IDR, in our correctional facilities across the country” idealposts reliably gathered.

It was further gathered that Correctional centres  in Niger State, despite having in custody inmates on death roll, IDR do not have any gallow for the execution of death punishment instead they depend on Kaduna for the execution.

Findings further revealed that Correctional centres in Niger State are over congested beyond capabilities in congestion, while some of the facilities now accommodate thrice original capacity for inmates.

However, it was learnt that while state governors are refusing their signatures to death warrant, the figures of inmates on death roll have been on the increase from courts.

This it was learnt, is also contributing to the problem of congestion correctional centres especially in Niger State where a high court recently presided by Justice Maimuna Aminu Abubakar sentenced 11 persons to death.

Alhaji Salman Abdulkadir the state comptroller of Nigeria correctional Service, NCS, disclosed that several steps have been taken towards decongesting correctional facilities in the state and create an enabling environment for inmates.

Speaking in an exclusive interview with idealposts in his office in Minna,  Salman Abdulkadir explained that the immediate past chief judge of Niger State, Justice Aisha Lami Bawa Bwari in her valedictory  visit to the correctional centres stated that many inmates on awaiting trial and some convicted inmates breath the air of freedom.

“During the visit, the former chief Judge came with all the magistrates to attend to deserving cases especially those who have spent more years in detention. I want to comment the former Chief judge for assisting in decongesting the stress in our correctional facilities”