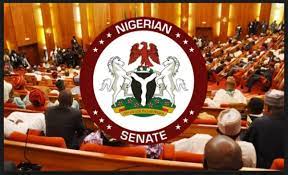 Senate has fired back at a former Deputy Leader of the upper legislative chamber, Senator Abdul Ahmed Ningi for alleging that the 9th Assembly has been too soft on both national issues and President Muhammadu Buhari on some alleged “wrong doings” that he said are “detrimental to good governance”.

Reacting to Ningi’s allegation, the Senate spokesman, Dr. Ajibola Basiru berated the former lawmaker for lacking the understanding in parliamentary procedures in spite of being a ranking Senator who was a one time Deputy Senate Leader of the hallowed chamber.

Basiru, who is the chairman, Senate Committee on Media and Public Affairs, said “it is baffling that Senator Ningi never understood that neither the National Assembly nor the Senate is constituted as an opposition to antagonise other arms of government, but as an assemblage of lawmakers elected for good governance and pursuits of national interest.”

He argued that “the barometer to gauge a working legislature is not how many times it initiated a futile and failed impeachment procedure against a sitting President but the amount of work it could do within the framework of cooperative bi- partisan legislation”.

Although, Basiru said that the Senate, under the leadership of Dr. Ahmad Lawan, had at many times turned down requests from the President, “they were done with maturity and understanding without generating so much rancour and public uproar,” stressing that the 9th Assembly represents the ever increasing maturity of Nigeria’s democracy.

According to him, the 9th Assembly has been the most successful since the return to civil rule in 1999, maintaining that “our focus has been on impactful legislations which bother on the economy, security and livelihood of Nigerians.”

“It will be remembered that the National Assembly successfully passed the Petroleum Industry Bill which had suffered several abortive attempts since its introduction before the 6th National Assembly.

“Besides,  the  Finance Act (2020),  The CAMA Act (2020),  the Deep Off Shore and Inland Basin Production Sharing Contract (Amendment) Act 2019, Public procurement Act, 2020, Electoral Act, Return to January -December budget cycle are few of the many landmark bills passed by the National Assembly.

“We worked on legislation that have realistic chance of being assented to and which have potential impact on the lives of Nigerians, informing Senator Ningi and others with the same frame of mind that legislation process and procedures have moved on,” he further stressed.