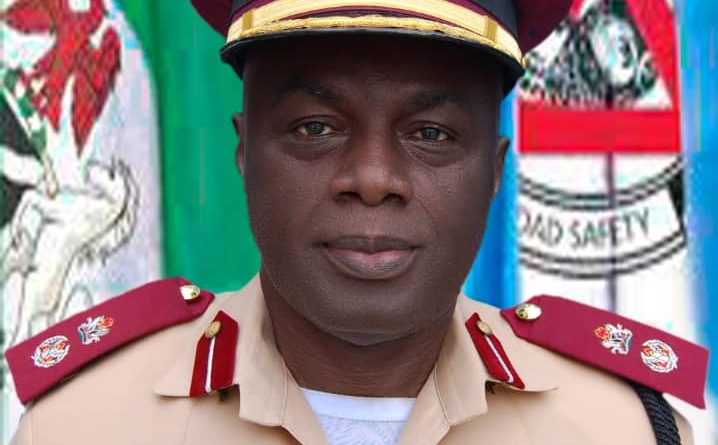 FRSC Sector Commander, C. C. Ochi Ogar Samuel made this disclosure in his office on Friday in an Easter message to the people of the Federal Capital Territory, Abuja.

Ochi stated that apart from 2815 Regular Marshals deployed to all the Area Councils and the metropolis for the exercise, there are Special Marshals and other stakeholders, who are also part of the special operation.

The Sector Commander, who said the programme will continue until 20th of April, asserted that 44 patrol teams were deployed with 12 ambulances, 7 Power Bikes, 6 Towing Trucks, 2 Heavy Duty and 4 Light Duty Trucks.

“Recently, the Giri-Zuba end of FCT has been recording some blockages and for us to address this issue, one of the Heavy Duty Towing Trucks has been assigned to man that place permanently since on the 13th of this month and it will be there till the close of this operation.

“The heavy duty towing truck will be at Zuba to ensure that all obstructions are removed and incase of any breakdown of vehicle, it will be attended to promptly. That is to say that those travelling on that road have free flow of traffic throughout this period.

“We are aware of Gwagwalada-Yangoji-Abaji route as one of the flash points. We also noticed congestion along Nyanya-Abuja, Nyanya-Keffi road and we have also deployed massively to that route to ensure we don’t have blockage on the high ways. Those that have emergency situation will be attended to as we have 2 ambulances manning that route. We have one at Goshen and another by Kugbo Bridge. We deployed these Ambulances to those locations to ensure that emergency situations are attended to.

“We also have on our red alert all the medical facilities in the FCT that are willing to take emergency situations; that is why 12 Ambulances have been strategically positioned to evacuate any road traffic crash; any form of emergency and fire incidence that may occurred on the highways during this period.” he said.

The Sector Commander cautioned all motorists in the FCT not to take advantage of free road in the city centre during this period of festivity to drive on high speed, advising that they should reduce their speed to avoid crashes.

He warned that officers of the FRSC will be on ground to arrest and impound all vehicles that commit critical traffic offences, such as over speeding, over-loading, use of phone while driving, beating of traffic, driving against traffic by using one way and all those critical offences.

Ochi disclosed that within on the 13th of this month till date, a total of 79 vehicles have been impounded for various offences, saying that this will continue until the end of the special patrol.

The FRSC, FCT boss also advised Nigerians to strictly stick to all traffic rules and regulations so as to reduce road crashes and as well ensure safety of the highways.