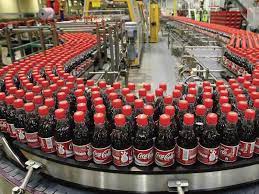 The federal government through the Nigeria Climate Innovation Centre, NCIC and the Coca-Cola Foundation yesterday announced the inauguration of the “Cycle Plast Project” to ramp up plastic waste collection in Nigeria.

To ensure the success of the programme, the organisers during the event which took place in Abuja, noted that the informal sector will be heavily involved, as 990 waste operatives from all zones are required to deliver on the project.

According to the partners, the project will significantly improve on the amount of polyethylene terephthalate or PET collected and aggregated for recycling, empower the participants, and organise informal sector players in the plastic waste recycling communities in Nigeria.

The target, they stated, is to promote a plastic waste free environment derived through modified behaviour and proper disposal habits of communities, while creating jobs and unlocking opportunities along the plastic waste recycling value chain of Nigeria.

Speaking at the launch, Chief Executive Officer, NCIC, Bankole Oloruntoba, explained that as a major actor in the plastics pollution space, Nigeria must begin to take actions that will creatively lead to disposal of the waste.

“According to a 2021 plastic pollution by country report published  by the World Population Review,  Nigeria was identified as the 7th largest country in the world, generating plastic waste amounting to about 5.96 million tons  annually with about 70 per cent ending up in landfills and water ways .

“This project will engage the general public through innovative and disruptive behaviour change campaigns on consumption and disposal patterns of single use PET plastic bottles with the aim of encouraging plastic consumers to responsibly dispose their plastic waste to enhance and build an effective collection system.

“The informal sector is responsible for about 70 per cent of the plastic collection rate of the country and needs to be supported to do more by digitising the sector and making it more inclusive and attractive for investments,” he said.

The NCIC was created in 2018 as a collaboration between the World Bank and the federal government through the office of the vice president with the mandate to lead the growth of the Nigerian green economy.

In her remarks, Director, Public Affairs, Communications and Sustainability, Coca-Cola Nigeria, Amaka Onyemelukwe, stated that the company in partnership with other foods and beverages firms, has mopped over 60,000 metric tons of plastics, which is the equivalent of over 2 billion bottles since it started the programme in Nigeria.

She explained that through the food and beverage recycling alliance, a lot of collectors and recyclers will be empowered, but said that the company will not be phasing out glass bottles.

She stressed that there was the need to raise advocacy, awareness as well as take it to the inner communities, so that PET bottles can be returned for recycling after use.

Onyemelukwe added that Coca-Cola had always been part of creating the solution that ensures that plastic packaging do not end up in environments so  better economics and better communities can be created.

According to her, The project will help improve the PET collection rates across the six geopolitical zones, improve the lives of informal waste collectors as well as encourage and inculcate the habit of recycling and sorting at source.