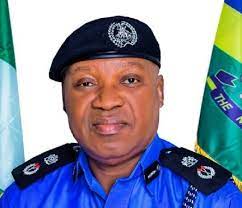 The Inspector-General of Police, Usman Baba, has directed the deployment of Abiodun Alabi as the new commissioner of police in Lagos.

The posting was announced in a statement issued on Friday by the Nigeria Police Force spokesperson, NPF, Frank Mba.

Prior to the development, Abiodun worked at the force criminal investigation department, FCID in Abuja; he was also the immediate past Benue commissioner of police.

According to the statement, the new Lagos CP is a fellow of the National Defence College and a member of Nigeria Institute of Management.

He is also an alumnus of the University of Lagos where he studied sociology and he holds a master’s degree from the Obafemi Awolowo University, Ile-Ife, Osun state.

He was appointed into the Nigeria Police Force in 1990 as a cadet officer.

“He has served in various capacities within the force which include, the assistant commissioner of police, police mobile force, force headquarters, Abuja; DCP admin, Taraba and Bayelsa commands, respectively, and as DCP operations, Ekiti state command before his promotion to the rank of commissioner of police,” the statement reads.

In a related development, Haruna Garba has been deployed as the Yobe state commissioner of police while Tajudeen Abass will take over as the police commissioner in Benue state.

The force spokesperson said the posting of the senior police officers is with immediate effect.