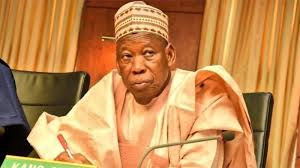 The Kano State Government has ordered the immediate closure of Nobel Kids Academy, a private school, in Nassarawa Local Government Area of the state, where a teacher in the school, Abdulmalik Mohammed Tanko allegedly kidnapped, killed and buried a pupil, Hanifa Abubakar.

It has been reported that the five-year-old Hanifa was kidnapped late last year and one of those involved in the operation was her teacher, Abdulmalik Mohammed.

The kidnappers had demanded a ransom of N6million, but went ahead to kill her after receiving the money.

After thorough investigation, Abdulmalik confessed that the victim, Hanifa was his student at a private school in Kwanar Dakata, Nassarawa LGA, Kano State.

He further told police that he kidnapped Hanifa and took her to his house where he contacted her relatives and demanded a ransom of Six Million Naira (N6, 000,000).”

Abdulmalik said in Hausa language that on the 18 December, 2021, having realised that the victim recognized him, he poisoned her to death.

He said that he invited one Hashim Isyaku, who was also paraded, and together, they buried the remains of Hanifa in a shallow grave within the private school premises located at Kwanar ‘Yan Gana, Tudun Murtala Quarters, Nassarawa LGA, Kano State.