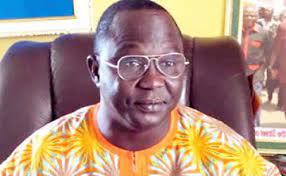 The Nigeria Labour Congress, NLC has expressed its total support to the Bill on monthly house rent in the Federal Capital Territory, FCT introduced by the Senator representing Kogi West Senatorial District in the Nigerian Senate, Senator Smart Adeyemi.

The bill, which is titled, “Advanced Rent (Residential Apartments, Office Spaces, etc.) Regulation Bill 2022” has gone through the first reading at the floor of the Nigerian Senate.

In a statement by NLC President, Comrade Ayuba Wabba, the bill provides for a maximum of three months advance rent payment in the first instance and subsequent monthly payment for the rest of any tenancy lease in the FCT.

The bill also makes it an offence for any landlord in the FCT to demand payment of advance rent from tenants. This is aimed at providing legal support for Nigerians especially workers who do not own houses of their own and thus are most times exposed to the greed of shylock landlords.

According to NLC boss, the private member bill is an improvement on the Lagos Tenancy Law which under Section 4 on Advance Rent outlaws the payment of rent in excess of six months and one year. The bill is also in tandem with the rent regime in most parts of the world especially as it obtains in contemporary African countries including South Africa and Kenya.

He said, Nigerian workers welcome this legislative initiative by Senator Smart Adeyemi who is also a Comrade as a former President of the Nigeria Union of Journalists, NUJ, an affiliate of the NLC.

“We also recall that the issue of high rents in urban places like Abuja was raised during the recent NLC National Roundtable on Social Protection Cover where Senator Smart Adeyemi represented the Chairman of the Roundtable, HE Senator Ibrahim Shekarau. It is heartwarming that Senator Adeyemi took to heart the concerns of Nigerian workers on the asphyxiating trauma occasioned by high rent hence this bill.

“We need to once again make the point that workers are paid on monthly basis and so it is inconceivable, callous and wicked to expect them to pay on a yearly basis.

“The crisis of house rent in Abuja is so problematic that it has become the sub-burner for all manner of social misnomers such as official corruption, prostitution, and violent crimes in urban centers particularly the FCT as most Nigerians are put under the insufferable pressure to make a lot of money to afford a roof over their heads.

“We hope that the passage of this bill will rescue many Nigerian workers and ordinary people from the rent-siege.

“It is also important to reiterate our earlier calls on the government including the Ministry of the Federal Capital Territory Administration and relevant agencies of government responsible for the provision of houses to double up on their efforts to make decent houses particularly lands available and affordable to Nigerian workers and people.

“While renewing our commitment to consummate the various ongoing engagements with relevant government agencies on the provision of mass houses for workers and the masses, we again salute the solidarity and patriotism shown by Senator Smart Adeyemi.” he said.