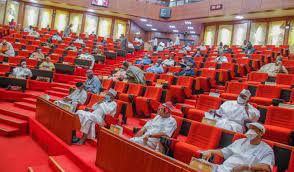 Senate has passed a bill seeking to amend the Nursing and Midwifery Act.

Sponsored by Senator Hassan Mohammed Gusau, the piece of legislation is tagged: “The Nursing and Midwifery (Registration etc) Act, CAP N143 Laws of the Federation of Nigeria 2004, (Amendment) Bill.

The passage of both bills followed the consideration of two separate reports by the Committee on Health (Secondary and Tertiary).

Chairman of the committee, Senator Ibrahim Oloriegbe, in his presentation, said the amendment of the principal Act was apt as it was a product of the Nursing Act of 1979, and the Midwives Act of 1966.

He recalled that the Act was amended in 1988, 1989 and 1992, making it obsolete especially with emerging developments in the health sector.

“Being the only legal, administrative, corporate and statutory body charged with specific functions to ensure the safe delivery and effective nursing and midwifery care to the public, it is necessary to have in place a legal framework mandating the Council to regulate the standards of practice of Nursing and Midwifery in Nigeria.

“Therefore, a review of such standards from time to time to meet the changing health needs of the society is what this bill sets out to achieve”, he said.

Senator Oloriegbe explained that the bill seeks to, among others, remove obsolete provisions and empower the council to regulate the standards of Nursing and Midwifery in Nigeria by ensuring the existence of high quality of nursing and midwifery education in Nigeria, maintaining a high standard of professional nursing and midwifery practice and enforcing discipline within the profession.

In his second presentation, he explained that the bill for an Act to provide for effective surveillance, review and prevention of maternal and pernatal deaths seeks to create a regulatory framework for a National Maternal and Pernatal Death Surveillance Response, MPDSR under the supervision of the Federal Ministry of Health.

He stated that the bill when signed into law would empower the ministry to establish a committee to ensure a compulsory routine identification and mandatory reporting of all maternal and paternal deaths, as well as compulsory notification of every maternal and pernatal deaths through a scheme set up for the purpose.